Homepage » GABON: when an NGO allows the government to arrest 47 wildlife traffickers 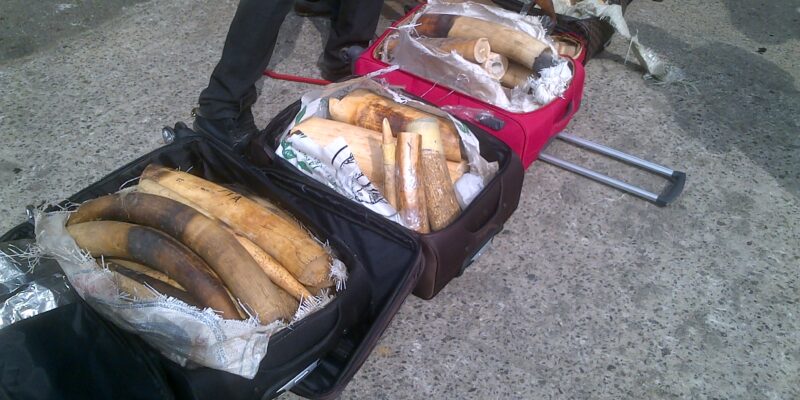 The non-governmental organisation Conservation Justice has just presented the 2020 assessment of the Wildlife Law Enforcement Support Project (AALF). By infiltrating wildlife crime networks across Gabon, the AALF project's environmental activists have led to the arrest of 47 wildlife traffickers in the space of a year.

One of the recent operations of the Wildlife Law Enforcement Support Project (AALF) in Gabon took place on November 12th, 2020 in the town of Koulamoutou, in the south-east of the country. An alleged trafficker was arrested while trying to sell six elephant tusks. The operation was carried out in collaboration between the police and agents of the ministry in charge of forests and wildlife. A total of 47 wildlife traffickers were arrested in similar circumstances in 2020 in Gabon.

During the same year, operations initiated under the AALF project led to the seizure of 73 ivory points, four panther skins, two hunting rifles and a 12-calibre weapon. Of the 54 people prosecuted, AALF facilitated the obtaining of 44 firm convictions ranging from 180 to 730 days in prison, with an average of 487 days in prison. The cases in progress concern eight individuals, while three other individuals have been released or their cases closed without further action due to lack of evidence or because of their manifest innocence. “In terms of the fight against wildlife trafficking, Gabon is an example to follow in Central Africa and more generally in Francophone Africa,” said Luc Mathot, the executive director of Conservation Justice, the non-governmental organization behind the AALF project.

Registered in Belgium in 2010 to support wildlife law enforcement activities in Africa, Conservation Justice is mainly active in Gabon where it has already facilitated the arrest of more than 150 wildlife dealers. The NGO focuses on influential traffickers: prefect, sub-prefect, officers and wealthy businessmen using corruption to avoid legal proceedings. This is in line with a methodology called “Laga”, which aims to create a new model of collaboration between NGOs and governments to effectively enforce wildlife law. Created in 2003, the Laga model is now operating in seven other francophone African countries: Cameroon, Congo, Benin, Ivory Coast, Burkina Faso, Senegal and Togo.