Homepage » GABON: Towards sustainable certification of the timber industry 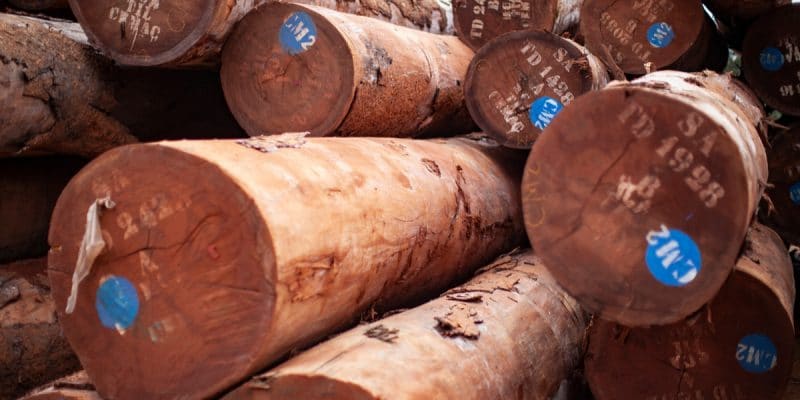 Deforestation due to the illegal cutting and sale of wood could be a sad memory in Central Africa. One of the countries of the sub-region wants to take up this challenge. Gabon is developing a system to monitor the legality and traceability of the timber it exports. Launched in July 2021, the Legality and Traceability Control System (LTCS) has as its main objective the preservation of forests and the improvement of transparency in the timber sector.

Gabon is moving towards the certification of all its wood products. It is a matter of validating the sustainability of its forestry operations. The sector must respect the environment as well as the rights of the populations living in and around the forest concessions. This is the meaning of the decree signed in July 2021 by Lee White, the Gabonese Minister in charge of the Environment and Forests. The text creates and organizes the functioning of a System of Control of Legality and Traceability (SCLT) of Gabonese timber.

Within the framework of the SCLT, “the Gabonese State, through the Ministry of Water and Forests, will audit all operators in the forestry sector to ensure that they comply with the regulations in force. Following this audit, the State will issue a certificate of legality and traceability,” explains Ghislain Moussavou, Director General of Forests at the Gabonese Ministry of Water, Forests, Sea and Environment, in charge of the Climate Plan and the Land Use Plan.

The SCLT of Gabonese wood applies to all levels of the value chain of the sector. At the cutting level, it ensures, for example, that only unprotected species are cut and that they are cut only in forest concessions granted by the Gabonese government. “The objective of this mechanism is to guarantee a preferential positioning of our wood products on the market. It is also a way to accompany Gabon in its march towards the certification of all its wood products. Thus we will speak of legal wood from Gabon or wood made in Gabon, whose cutting, transport and processing incorporates good practices in environmental protection and traceability of the resource, “adds Ghislain Moussavou.

The Tracer and its Due Diligence System (SDR)

Since 2010, the Gabonese authorities have shown their willingness to develop an environmentally friendly and economically profitable timber industry. This desire is reflected in the ban on the export of logs while encouraging the construction of local wood processing plants. It is in this context that the Nkok Special Economic Zone (SEZ) will be launched in 2012, established on 1,126 hectares, 27 km from Libreville, the Gabonese capital. It is in this industrial free zone that a third of the national production of Gabonese wood transits, estimated in 2019 at 2.1 million m3, by the Gabonese Ministry of the Economy.

To ensure that the wood processed in the Nkok SEZ does not violate environmental and social principles, the manager of the site, the Gabon Special Economic Zone (GSEZ), has launched the TraCer initiative. “All foresters who supply the SEZ with logs are evaluated according to the due diligence system. Based on the documents of legality of the wood presented by the suppliers, our technicians go down to the forest concessions to check several details, such as the correspondence between the serial numbers of the logs and the numbers of the stumps left in the forest,” explains Séraphin Oumbe, the technical coordinator of the Tracer agency in Nkok. When a logger’s assessment is inconclusive, TraCer de Nkok uses its compliance service, which assists suppliers of non-compliant timber in correcting their discrepancies. 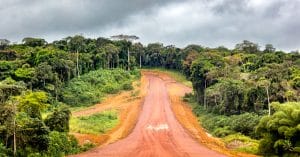 Implemented by a private and independent forest engineering firm (FRM) based in Montpellier in the south of France and Brainforest, a Gabonese non-governmental organization working on forest-environment issues, TraCer’s due diligence system is going from strength to strength. Its reliability was recognized last October by the European Union (EU). The system complies with the EU Timber Regime (EUTR), a label that aims to keep all illegally sourced timber off the European market.

In Libreville, the performance of Tracer is welcomed by civil society, even if according to them, efforts to expand and even regionalize the system must still be made. “We call on the Gabonese government to systematically implement systems like TraCer throughout the rest of the country. It is also important that other countries in the sub-region follow Gabon’s lead. Because these countries are home to the Congo Basin forest, which is the second green lung of the planet, and whose protection has become imperative,” says Yvon Martial Ntzantzi Miyagou, member of the Network of Civil Society Organizations for the Green Economy in Central Africa (Roscevac).

A sustainable wood exploitation policy like the one developed by the Gabonese government is indeed necessary for other Central African countries. In Cameroon, for example, a recent report produced by the Center for Environment and Development (CED) and the Environmental Investigative Agency (EIA), indicates the country lost $58 million (nearly 33 billion CFA francs) between January 2016 and July 2020, through the illegal export of its timber to Vietnam.

Boris Ngounou and Saint Clair Tépondjou, with support from the Rainforest Journalism Fond, and the Pulitzer Center.