Homepage » GABON: The Seeg allocates €15.8 million to water and electricity projects in Libreville

GABON: The Seeg allocates €15.8 million to water and electricity projects in Libreville 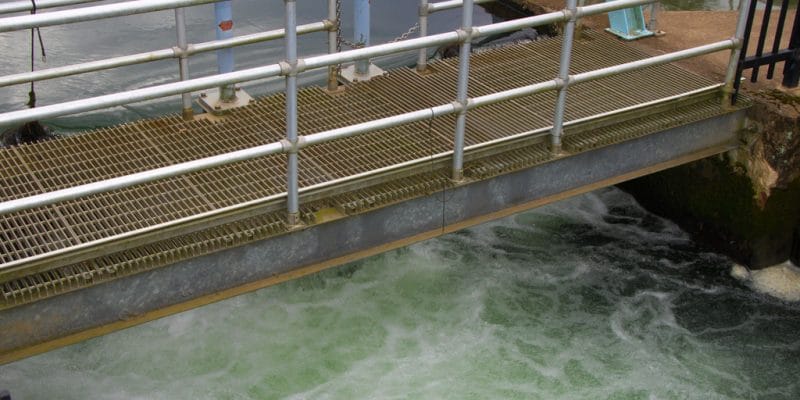 At least 12 drinking water and electricity projects will be completed in Greater Libreville and other cities in Gabon before the end of the second half of 2020. Société d'énergie et d'eau du Gabon (Seeg) will finance these projects to the tune of approximately 10.4 billion CFA francs, or more than 15.8 million euros.

Société d’énergie et d’eau du Gabon (Seeg) unveils its roadmap for the end of 2020. The document presents 12 water and electricity projects that will be carried out in the Greater Libreville area and other cities in this Central African country. The Seeg plans to disburse nearly 10.4 billion CFA francs (over 15.8 million euros) for the implementation of all the projects.

Six of these projects concern the water sector. They will cost nearly 9 billion CFA francs (more than 13.5 million euros). The construction of a “Razel” water purification plant in the greater Libreville area is currently underway, more precisely in the communes of Libreville, Owendo and Akanda. At a total cost of more than 5.7 billion CFA francs (about 8.7 million euros), the installation will supply up to 32,500 households with drinking water, i.e. 130,000 people. The Seeg indicates that the drinking water plant will produce 36,000 m3 of water per day and will reduce the daily water production deficit of Greater Libreville estimated at more than 100,000 m3. The station should be operational in November 2020.

The construction of the “Opalium” water purification plants

Part of the funds released by the Seeg, i.e. approximately 3 billion CFA francs (more than 750,000 euros), will be used to build four “Opalium” stations. The first “Opalium” water purification plant, with a capacity of 50 m3 per hour, will be located in Ndjolé, a commune in the Moyen Ogooué province in Gabon. The installation, which will cost 492 million CFA francs (more than 750,000 euros) to install, will bring 600 m3 of additional water to the city, serving 2,750 households, or 11,000 inhabitants, by the end of September 2020.

The council of Mitzic, in the province of Woleu Ntem in Gabon, will also be equipped with a 50 m3 per hour “Opalium” water purification plant. The plant will provide 800 m3 of additional water, making it possible to meet the daily drinking water needs of 2,750 households, or 11,000 inhabitants of several districts of the city of Mitzic, which are currently unsaved. Construction work on the facility will cost 523 million CFA francs, the equivalent of more than 797,000 euros. The station should also be commissioned this September 2020.

By December 2020, it will be the turn of the municipality of Booué, in the province of Ogooué Ivindo, to benefit from a 50 m3 per hour “Opalium” water purification plant. Like the Ndjolé and Mitzic stations, the Booué town station will improve the water supply, i.e. 600 m3 more, thus making it possible to supply 2,750 households, or 11,000 inhabitants. For this third station, the financing planned by the Seeg amounts to 821 million CFA francs (more than 1.25 million euros). A final “Opalium” water purification plant with a capacity of 140 m3 per hour will be installed in Mouila, a council in the province of Ngounie in Gabon. At least 1.1 billion CFA francs (approximately ‘1.68 million) will be allocated for the construction of the plant, which will treat 3,400 m3 of water per day.

To strengthen the drinking water supply in Gabon, Seeg also plans to invest 150 million CFA francs (nearly 228,700 euros) to build a booster in Bitam, a commune in the province of Woleu Ntem. The installation will make it possible to improve the frequency of water distribution in the Mengome Ayat neighbourhood, serving 750 households. The booster should be operational this September 2020.

An investment of nearly 1.5 billion CFA francs for electricity

The Seeg will also commit close to 1.5 billion CFA francs (approximately 2.3 million euros) for the implementation of six projects to improve the electricity supply to 4,000 network subscribers. The funds will be used to build 11 new electrical transformer stations and to install nearly 50 km of high-voltage and low-voltage power lines in Greater Libreville. In addition, nearly 4,000 households in the region will be connected to the national power grid.

This water and electricity emergency plan is part of the Seeg’s strategic vision for 2025. The public company indicates that 83 projects will be completed by this date, 33 in the water sector and 50 in the electricity sector. It states that the overall investment budget will be 23 billion CFA francs (over 157 billion Ghanaian cedis).