Homepage » GABON: The Pasbmir project to provide drinking water to 3,000 people in Cocobeach 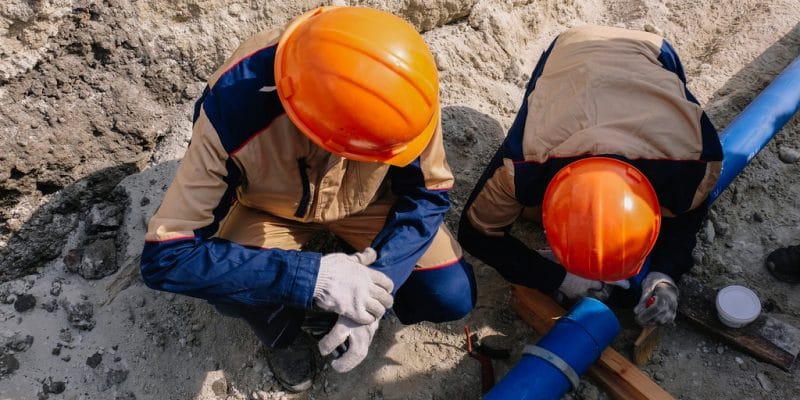 The Access to Basic Services in Rural Areas and Capacity Building Project (Pasbmir) is starting in Cocobeach. In this locality located in the north-west of Gabon, the project should provide approximately 3,000 people with drinking water.

The project was launched on 12 May 2022 by the Gabonese Minister of Energy and Water Resources, Alain-Claude Bilie-By-Nze. The work is being carried out in the locality of Cocobeach, in the northwest of Gabon. Among the future installations planned within the framework of the Access to Basic Services in Rural Areas and Capacity Building Project (PASBMIR) is a borehole with a flow rate of 10 m3 per hour. The facility, which will be equipped with a suppressor, will pump water from the water table and treat it in a rehabilitated water treatment plant.

Support from the World Bank

The drinking water will be delivered via 4.5 km of pipes connecting a castle to the households of Cocobeach. “Between 2,000 and 3,000 people will be supplied with drinking water in this locality as soon as the facilities are delivered in November 2022,” promises Alain-Claude Bilie-By-Nze. The Gabonese Minister of Energy and Hydraulic Resources estimates that all the work planned for Cocobeach will require an investment of 950 million CFA francs, or around 1.45 million euros. The financing will be provided by the Gabonese state with the support of the World Bank.

Prior to Cocobeach, the PASBMIR project, which has been running since 2017 in Gabon, was deployed in several other localities, notably in the province of Woleu-Ntem. According to a report published in 2021 by the African Development Bank (AfDB), less than 40% of the rural population has access to drinking water in Gabon. The project will also improve the electricity supply to households. By 2021, the National Water and Electricity Council (CNEE) has estimated that 15% of the country’s rural population will have access to electricity.

The Gabonese government will invest a total of 35 billion CFA francs, more than 53 million euros, in Pasbmir, which should be completed by the end of 2022. Like the Integrated Programme for Drinking Water Supply and Sanitation in Libreville (PIAEPAL), which is also underway, the Access to Basic Services in Rural Areas and Capacity Building Project aims to improve access to drinking water for Gabonese people by 2025.

KENYA: Switzerland’s HZI sets up in Nairobi for waste-to-energy