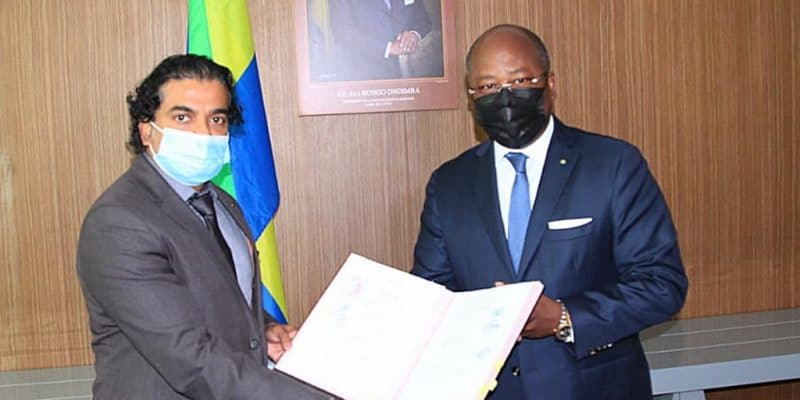 The Gabonese authorities have just signed a framework agreement for the construction of a 120 MWp solar photovoltaic plant. The facility, which will be located in Ayémé Plaine, will be commissioned in two phases for the public power company.

A new solar power plant will soon be built in Gabon. The authorities are planning to build the plant in Ayémé Plaine, a locality located about 30 km from the capital Libreville. The project was recently the subject of the signing of a framework agreement between the Gabonese Minister of Energy and Hydraulic Resources, Alain-Claude Bilie-By-Nze, and Praveen Pai, Solen’s Operations Manager.

This company will be in charge of the construction of the solar photovoltaic plant, which will have a capacity of 120 MWp. The installation will be built in two phases of 60 MWp each. According to Minister Alain-Claude Bilie-By-Nze, the Ayémé Plaine solar power plant is intended to “complete the electricity mix of the Estuary in order to offer the population an energy source that is both competitive and that will effectively help to solve the problem of load shedding.

Solen is also expected to train the staff of the Société d’énergie et d’eau du Gabon (SEEG) in the operation of solar energy production facilities. Gabon intends to rely on renewable energies to develop its installed electrical capacity. The central African country has an installed capacity of 750 MW, 50% of which is generated from natural gas. The other part of the electricity in the public grid is produced by oil-fired power plants, as well as hydroelectric power plants, according to the International Energy Agency (IEA).

The government aims to increase the share of renewable energy in its electricity mix to 80% by 2030. But in the short term, Libreville wants to develop an installed capacity of 250 MW by 2023. This is now a necessity in view of Gabon’s international commitments in terms of environmental protection. Solar energy is a major asset to boost Gabon’s installed capacity. Moreover, the country is already attracting independent power producers (IPP) such as the French Total Eren, which wants to produce 50 MWp near the capital Libreville. For its part, the Emirati Amea Power is negotiating a solar park of 50 MWp in Oyem, in the province of Woleu-Ntem.