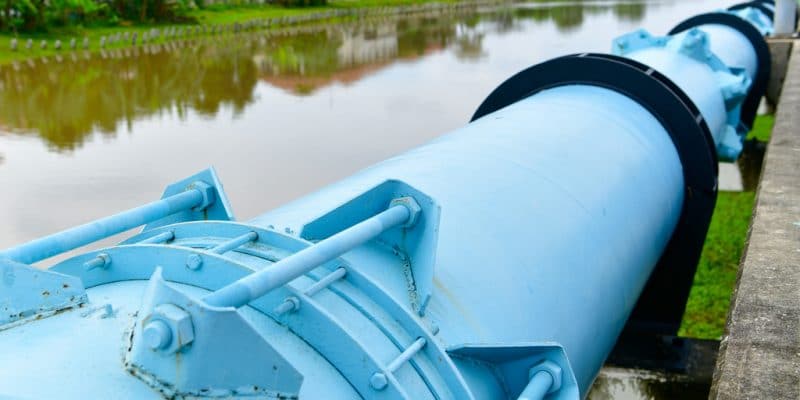 The CIM Gabon II drinking water plant will be commissioned in January 2020. Entirely financed by the Energy and Water Company of Gabon (SEEG), it will supply the populations of the municipalities in the Libreville region.

The drinking water supply capacity of the Libreville region will soon increase significantly thanks to the drinking water plant under construction in Ntoum. The Gabonese Minister of Mines, Energy and Water Resources, Tony Ondo Mba, recently carried out an inspection visit to the site, located in the province of the Estuary, 38 km from the Gabonese capital Libreville.

At the end of the tour, the Minister indicated that the drinking water plant would be operational in January 2020. The work being completed has been entrusted by the Energy and Water Company of Gabon (SEEG) to three entities; the Water Engineering Establishment (ETE), a company based in Libreville, to the Gabonese company Mega Services and to the Gabonese Electricity, Telephone and Water Company (SETEG).

An investment of more than 9 million euros

As part of this project, the three Gabonese companies built a water intake on the N’Zeme river and a 3.5 km discharge pipe in the city of Ntoum. The water intake will supply the CIM Gabon II drinking water plant. The new station will have a 36,000 m³ capacity.

The water will be used to supply the towns of Ntoum, Libreville, Owendo and Akanda. According to the SEEG, the new plant should ensure the supply of 190,000 additional people in the targeted municipalities. The construction of the new facilities required an investment of CFAF 6 billion ($9.1 million). The financing was provided by the state-owned company SEEG, using its own funds.

The 36,000 m3 of water that CIM Gabon II will produce will bring to 266,000 m3 the quantity of water produced for the greater Libreville region. This is only a production capacity since part of the water produced by the SEEG’s installations is not distributed, because it is wasted in the pipes during transport to the municipalities in the Libreville region, as is the case everywhere else in the world.