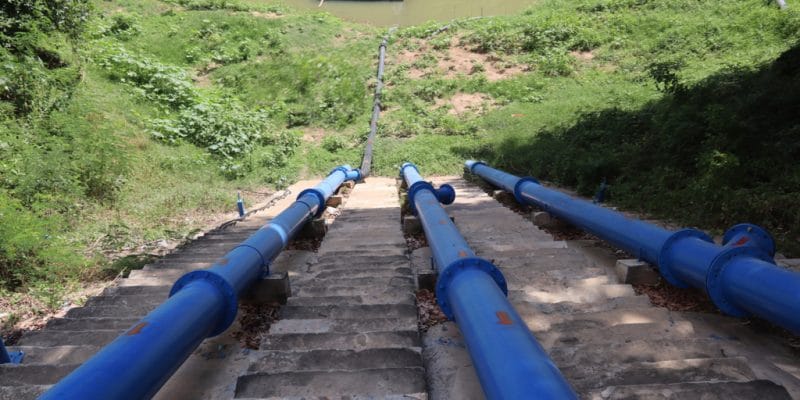 The managers of the Société d’énergie et d’eau du Gabon (SEEG) have just announced a package of 2 billion CFA francs (more than 3 million euros) for the reinforcement of the Mandorové raw water pumping station. The aim of this work is to strengthen the drinking water supply in the Gabonese economic capital Port-Gentil.

With the investment of 2 billion CFA francs (3 million euros) announced by Alain Patrick Kouma, the Société d’énergie et d’eau du Gabon (SEEG) wants to meet the growing water needs of the populations of the Gabonese economic capital Port-Gentil. The funds are intended to finance the reinforcement of the raw water pumping station at Mandorové, in the province of Ogooué-Maritime.

The work planned by SEEG involves replacing the 600 m3 per hour pumps with two 1200 m3 per hour pumps to boost production at the Port-Gentil drinking water plant. The 3 million euros announced by Alain Patrick Kouma, director of the public company, will also be used to secure the pumping station’s electricity supply through the acquisition of a 2,000 kW generator. It should replace the 800 kW generator that currently supplies the site.

Alain Patrick Kouma has included this work in the framework of the SEEG’s “2020 Emergency Plan”, the aim of which is to improve the quality of water and electricity services in Gabon. However, these new installations are above all in line with the recommendations of Gabon’s Drinking Water and Electricity Sector Regulatory Agency (ARSEE). In its 2018 report, the agency recommended the construction of new drinking water installations to meet the growing demand of the populations of the Gabonese economic capital.

According to the ARSEE report, the Port-Gentil drinking water plant is already overexploited with a daily production of 29,000 m3 instead of 19,800 m3 per day.