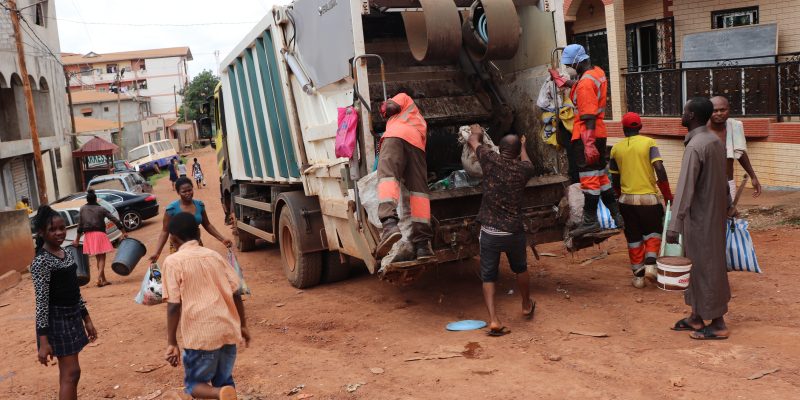 The Gabonese government has recently decentralised the management of household waste in the country's cities. For several years, this task has been entrusted by the State to private companies. In the political and administrative capital Libreville, the Lebanese company Averda is the latest to do so.

The Gabonese government has decided to definitively decentralise household waste collection in the country. From now on, the management of household waste in Gabon’s cities will be the responsibility of local authorities. The information was recently made public by the Gabonese Prime Minister, Julien Nkoghe Bekale, after a meeting with the actors involved in improving the living environment of the population in the country. The Gabonese Prime Minister asked the Minister of the Interior to prepare a decree regulating this new decision. According to him, a new action plan integrating all the provinces will be proposed to the government. This will include the collection of household waste and the embellishment of Gabon’s cities.

The decision to decentralise the collection of household waste is the concrete expression of the firm instructions of the Head of State, Ali Bongo Ondimba, to the Gabonese Prime Minister, with a view to finding a lasting solution to the problem of household waste management in the cities of the country. “Each local authority will have to draw up an operational plan for waste management which will be subject to strict control by the competent bodies,” Ali Bongo Ondimba said. The Gabonese Head of State had also announced the establishment of a mechanism dedicated to the transfer of household waste management to local authorities through technical and financial support from the State.

The problem of waste collection in Gabon is not new. The country has long been overwhelmed by debris because of the often “chaotic” management of the sector. Until this new measure, the sector was managed by private companies recruited by the central government.

In Libreville, the capital of Gabon, the Lebanese company Averda was responsible for the collection of household waste. The company, based in Dubai, United Arab Emirates, signed a 5-year subcontracting contract in 2014 with the Gabonese government through the company Clean Africa. The agreement was due to end in December 2019, but was finally completed in August 2019. The Averda company was claiming payment from the Gabonese government over 24 months of arrears, amounting to 21 billion CFA francs (more than 32 million euros). The mayor of Libreville, Leandre Nzué, criticised the company for not fulfilling its contract in accordance with the specifications. “The contract provides not only for the collection of household waste, but also for the maintenance of water basins and the cleaning of gutters. The problem is that Averda is only responsible for household waste collection and not for its other two tasks, even though it is paid 400-500 million CFA francs (about 610,000 euros – more than 762,000 euros) per month for all the services. This is not normal,” said Leandre Nzué in May 2019.

The contract that linked Clean Africa to Averda also provided for automatic renewal for a new 2-year period. A prospect that Leandre Nzué, the new mayor of Libreville, elected in February 2019, did not want to consider because of a service deemed “poor and fragmented”.

With the decentralisation of waste management in Gabon, the municipality of Libreville is definitively turning the Averda page. “It is a very good decision. From now on, we will be able to judge the capacities of mayors by the responsibilities they will have,” says the mayor of Libreville, Léandre Nzué. “A vehicle pound, ten public toilets in each district, as well as the recruitment of several young Gabonese to collect household waste in under-integrated neighbourhoods have been planned,” he adds.

While these projects are being implemented, in Libreville, household waste collection is currently being carried out by Clean Africa, a state-owned company that has signed a contract with the mayor’s office, while several other cleaning companies are clearing the gutters in the neighbourhoods.