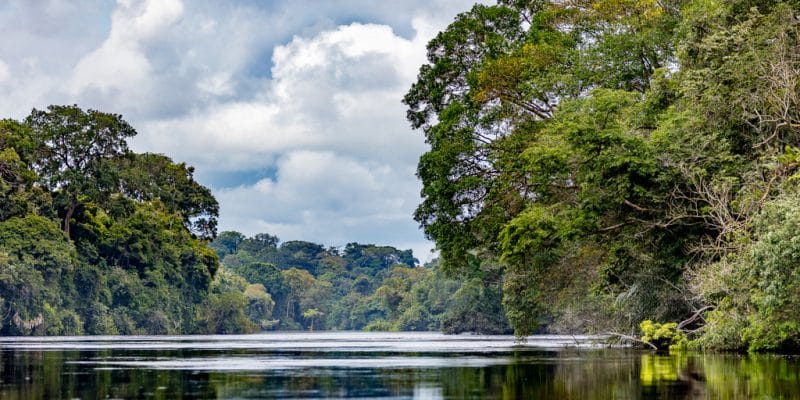 A public-private partnership (PPP) agreement was recently signed between the French company Meridiam and the Gabonese government. It concerns the implementation of the Kinguélé Aval hydroelectric project in the western estuary province of the country.

The Kinguélé Aval hydroelectric project should now enter its implementation phase, as a public-private partnership agreement has recently been signed between the Gabonese government and Meridiam, a French company specialised in the development, financing and management of infrastructure projects.

Under the terms of this agreement, the company based in Paris, the capital of France, will hold a 60% stake in Asonha Energie, the company set up to operate the future facilities. The remaining 40% of the company’s shares will be held by the Gabonese Strategic Investment Fund (FGIS), the sovereign fund of this Central African country. These two partners will have to invest 150 million euros to implement the Kinguélé Downstream hydroelectric project.

The realization of the project

A call for tenders has already been issued for the selection of a company to execute the engineering, procurement and infrastructure construction contract for the Kinguélé Downstream hydroelectric project. Its name comes from the fact that it is located downstream of the Kinguélé hydroelectric dam, which supplies 68.4 MW from the waters of the Mbei River. Another dam, which will be built upstream, is located 100 km from Libreville, the Gabonese capital.

Asonha Energie will build “a reservoir, a power plant, a stilling basin and a substation” near the Andock Foula village. The Kinguélé Aval hydroelectric power plant will have a capacity of 34 MW. Meridiam expects construction work to begin in the second quarter of 2020 with commissioning scheduled for the end of 2023. During the construction period, 800 new jobs will be created directly on site. During the operation phase, 20 Gabonese professionals will be responsible for the operation of the hydroelectric power plant. Asonha Energie will sell the electricity produced to the Gabon Energy and Water Corporation (Seeg), pursuant to a 30-year power purchase agreement (PPA).

The impact on local biodiversity

“The Kinguélé Downstream hydroelectric project will provide approximately 13% of Libreville’s electricity needs (…). This power plant will contribute to the replacement of existing thermal capacities and will save more than 150,000 tonnes of CO2 emissions per year,” says Meridiam. The construction of a dam always changes the environment around the installation.

In the case of Kinguélé Aval, some aquatic animals, such as crocodiles and fish, will no longer be able to go up or down the current because of the dam. The impoundment will also be built in the buffer zone of the Crystal Mountains National Park, which covers an area of 1,200 km2. Meridiam promises an action plan for biodiversity to protect or restore the habitats of threatened species. As compensation, the French company indicated that it would provide financial support (without specifying the amount) for botanical research and studies on fish in the Mbei River.