GABON: Meridiam and GPC complete the financing of the Kinguélé Aval dam (35 MW) 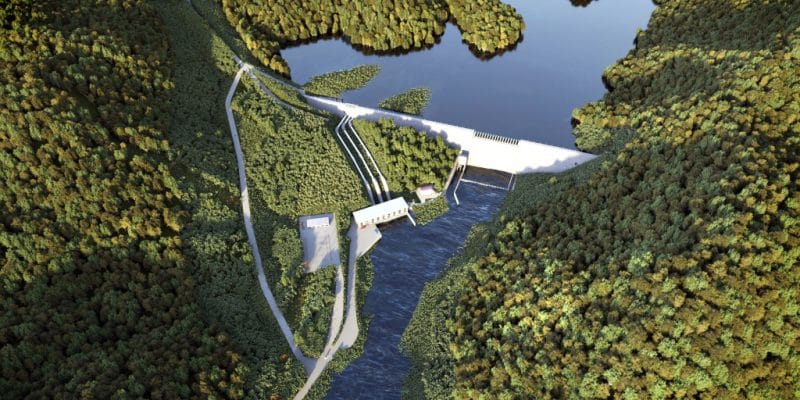 The French investment company Meridiam and its partner, Gabon Power Company (GPC), the subsidiary of the Gabonese Strategic Investment Fund (FGIS) have just completed the financing for the construction of the Kinguélé Aval hydroelectric dam. The facility will produce 35 MW of electricity.

The Kinguélé Aval hydroelectric development project has reached a new stage. Meridiam and Gabon Power Company (GPC), the two developers of the project, have just completed the financing necessary for the construction of the new hydroelectric infrastructure. 179 million has been raised thanks to the participation of the African Development Bank (AfDB) and the International Finance Corporation (IFC), the subsidiary of the World Bank Group responsible for financing the private sector.

Kinguélé Aval is also receiving funding from the Development Bank of South Africa (DBSA) and the Emerging Africa Infrastructure Fund (EAIF), a fund owned by the Private Infrastructure Development Group (PIDG). With this successful financial mobilization, the project enters its construction phase. Kinguélé Aval is being developed by Asonha Energie, the company created ad hoc by Meridiam and GPC to build and operate the future facilities.

An expected capacity of 35 MW

The Kinguélé Aval hydroelectric dam will be built on the Mbéi River, 100 km east of Libreville, the capital of Gabon. The dam will have a hydroelectric power station with a capacity of 35 MW, representing an annual production of 205 GWh. This is equivalent to 13% of the electricity consumed in the city of Libreville. According to Meridiam, the future hydroelectric plant will contribute to the replacement of existing thermal capacities and will save more than 150,000 tons of CO2 emissions per year.

Like any hydroelectric project requiring the construction of a dam, Kinguélé Aval will have impacts on the environment and local populations. The dam’s reservoir will occupy 291 hectares in the buffer zone of the Crystal Mountains National Park. In addition, “the area of direct influence concerns the project’s own sites, directly affected by the development. This includes the village of Andock Foula, its surroundings, both upstream and downstream, up to the Atak landing stage (village of Alen Komo), the Mbéi River, as well as the area around the Crystal Mountains National Park where the reservoir is located,” states the environmental and social study report on the Kinguélé Aval hydroelectric development project published in June 2020.

What are the commitments to preserve the environment?

In a context marked by renewed interest from investors, particularly international financial institutions, in the environmental and social issues of development projects, “Asonha Energie has developed an action plan designed to generate net gains in biodiversity according to the “avoid-reduce-restore-compensate” method. This plan is implemented in close collaboration with the National Agency for Nature Protection (ANPN) and the Gabonese Ministry of Water, Forests, Sea and Environment,” the project promoters promise.

For the record, Asonha Energie is 60% owned by Meridiam, with the remaining shares held by GPC, the subsidiary of the Gabonese Strategic Investment Fund (FGIS). The two partners plan to employ 800 people during the construction phase of the dam and power plant. The project is expected to be completed by the end of 2024.