Homepage » GABON: “Mbaza AI” software to improve the conservation of the Lopé Park

GABON: “Mbaza AI” software to improve the conservation of the Lopé Park 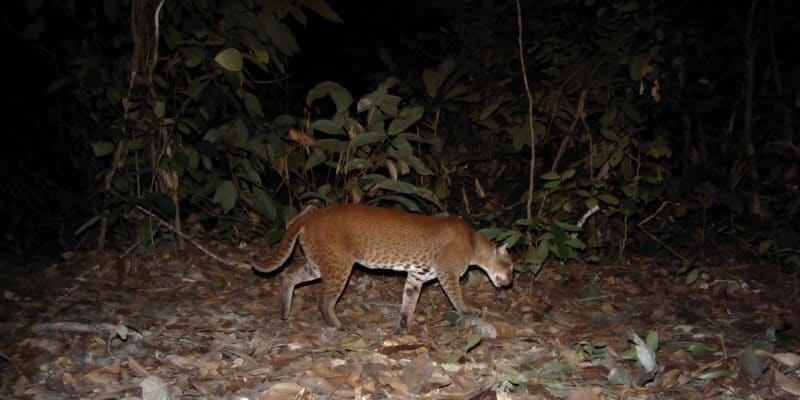 In collaboration with researchers from the University of Stirling, the Appsilon data science and machine learning consultancy firm has developed an algorithm for classifying images captured in the Lopé National Park in Gabon. The "Mbaza AI" software should help eco-guards in their daily fight against poaching.

The new system set up by Appsilon consists of 200 photographic traps that take pictures of mammals living in the Lopé National Park, located in the Ogooué-Ivindo province in central Gabon. These photographic traps are exploited by the Mbaza AI algorithm developed within the framework of a partnership between Appsilon, researchers from the University of Stirling in Scotland (United Kingdom) and the National Parks Agency (ANPN) which manages the Lopé reserve.

The aim of the software is to build capacity to monitor biodiversity in a “scientifically rigorous manner in national parks”. The images captured by the 200 photographic traps scattered throughout the Lopé national park are loaded into the algorithm which, according to its designers, has the capacity for rapid data analysis.

Operation without an internet connection

“The machine learning model not only classifies 3,000 images per hour on an ordinary laptop, but does so with up to 96% accuracy (depending on the animal species), even on non-sample data (i.e. data from different camera locations taken at a later date than the images used to develop the model),” explains Appsilon.

According to the consultancy firm, the software is capable of analysing images in a matter of hours, allowing eco-guards to quickly identify any warning signs in the animal population and act quickly where they need it most. The effectiveness of this new solution is enhanced by the software’s ability to operate without an internet connection, a technology that is difficult to access in remote areas.

An emergency at last

The Mbaza AI software has already been used to study the distribution of the piano in central Gabon. This chronic bacterial infection of the skin, bones and cartilage affects both humans and great apes. A feat that leads its promoters to believe that the software could make a lasting contribution to the preservation of biodiversity in the Lopé region of Gabon.

“In the country (Gabon), which loses about two tonnes of ivory, or about 150 elephants each month to poachers, time is running out. The conservators tested different solutions to try to speed up the process, but they all required a fast internet connection or programming skills. None of them were available to the rangers in Lopé National Park,” says Appsilon.