GABON: Libreville has lost 70 hectares of mangroves in three years 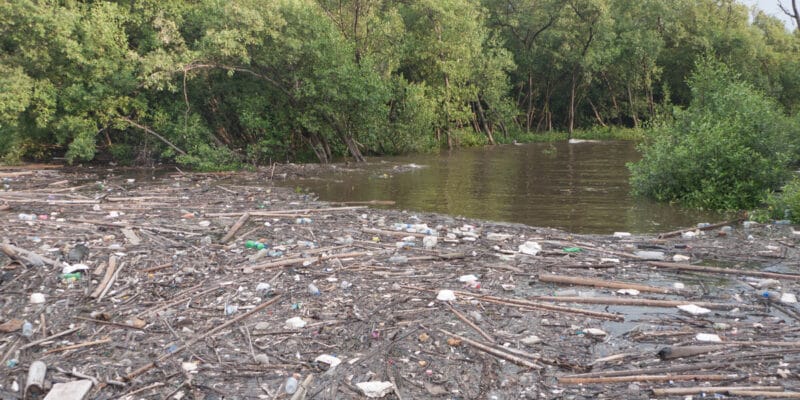 The disappearance of Gabon's mangroves is accelerating despite alerts from environmental organisations and rules set by the government. The capital Libreville lost nearly 70 hectares (ha) of its mangroves between 2017-2020. This loss is mainly attributed to human activities, particularly real estate projects.

Several non-governmental organisations (NGOs) are sounding the alarm on the destruction and degradation of mangroves in Gabon. The latest figures show a loss of 69.9 hectares (ha) of mangrove located in three districts of Libreville, the Gabonese capital. These are the first district with 37.23 ha, the fifth district with 21 ha, and the sixth district with 8.67 ha. “What is in danger through the destruction of mangroves in the Idolo area (north of Libreville, editor’s note) is our environment. These mangroves serve as a water watch for these marine storms and in relation to climate change, they play a role of biofilter,” explains Paul Kopedina Itanguino, president of the NGO Actions citoyennes pour le développement local (ACDL).

Mangroves are of considerable environmental importance. According to scientists, their capacity to capture CO2 is far greater than that of terrestrial forests. These salt-tolerant evergreen forests along coastlines, lagoons, rivers or deltas are habitats for many animals, including crocodiles, snakes, tigers and birds. A wide range of fish, shellfish and crustaceans also depend on these coastal forests.

Creating a protected area to preserve the coastline

In Gabon, uncontrolled construction along the coastline has been identified as the main threat to the mangrove ecosystem. This is particularly the case in the Komo River estuary around Libreville. “Real estate speculators think that in order to have sufficiently high rents, it is necessary to have housing developments on the coast. Unfortunately, these real estate projects have a considerable impact on marine ecosystems,” says Marc Ona Essangui, winner of the 2009 Goldman Environmental Prize.

On July 15th, 2020, environmental NGOs posted videos on Twitter showing the damage caused by construction work on the Idolo village mangrove. The Ministry of the Environment took up the case and stopped the work and requested that the destroyed area be restored. Two months later, Minister Lee White issued an order revising the list of projects subject to mandatory environmental impact assessment. Article 3 of the order now requires an environmental impact assessment for all activities within a mangrove, as well as for all projects related to forest traffic networks.

But faced with the persistent retreat of the Gabonese mangrove, environmentalists are now calling for the creation of a protected area to preserve the coastline and make it a sanctuary for local fauna and flora.