GABON: Installing waste bins in households to clean up Libreville 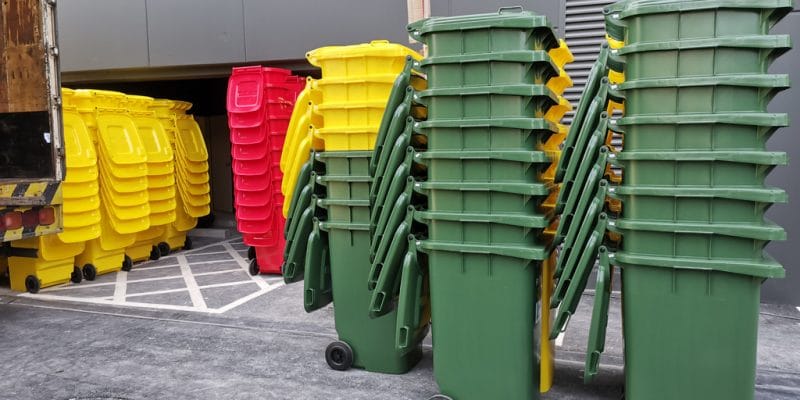 Since July 27th, 2021, the public company Clean Africa, in charge of household waste collection in Greater Libreville in Gabon, has been distributing waste bins to households in the 1st and 5th districts of the capital. This equipment is intended to improve the efficiency of Clean Africa.

In Libreville, the political capital of Gabon, household waste has long been part of the landscape. This situation correlates with its ever-growing population. From 834,204 in 2020, the number of inhabitants in Libreville has risen to 845,100 in 2021. The poor management of household waste in the city is also due to the lack of adequate facilities and equipment.

The government recently decided to provide households in Libreville with refuse bins. The new equipment will be installed in households in the 1st and 5th districts of Libreville. The process is simple. Each household will deposit its waste in the rubbish bin in its possession, with a capacity of between 240 and 1,000 litres. The equipment must be taken out one day before Clean Africa’s garbage trucks pass by. The Gabonese company is responsible for collecting household waste in Greater Libreville. Once the waste is collected, it is sent to landfill sites.

Towards the end of the waste crisis in Libreville?

The Gabonese government’s initiative also aims to make households more responsible and to make them advocates of the “Clean Libreville” label, in a context that is tense, to say the least. Clean Africa delegated waste management to the Lebanese company Averda in December 2014 for a period of 5 years with automatic renewal for a further 2 years. But in August 2019, Averda temporarily suspended all activities for 24 months of unpaid service arrears (more than 32 million euros), leaving the cities of Libreville and Akanda crumbling under the weight of waste. Averda’s activities included waste collection, street sweeping, beach cleaning and gutter cleaning in the areas concerned, as well as the transfer of the collected waste to the Mindoubé landfill.

While waiting to find a permanent solution to the waste problem, Clean Africa plans to extend the distribution of waste bins to the six districts of Libreville.