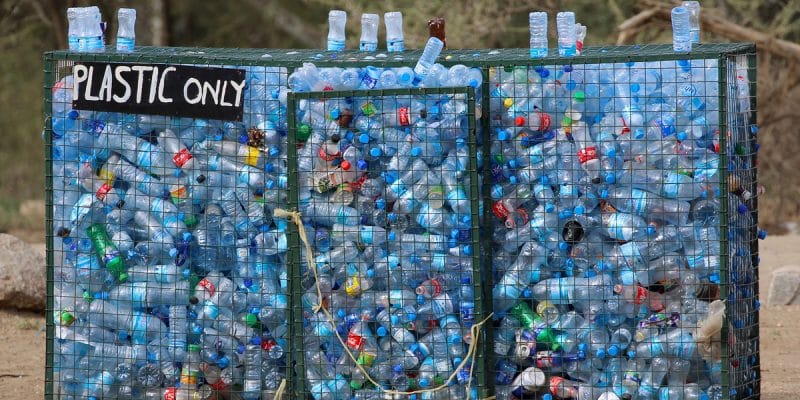 The Société des brasseries du Gabon (Sobraga) and its partner NAMé Recycling are continuing their breakthrough in the fields of plastic pollution control and the promotion of the circular economy in Gabon. The two companies have collected 146 tonnes of user plastic bottles in the space of 9 months. This plastic waste will be treated, and then transformed into secondary raw material to be reintroduced into the production cycle of soft drinks.

Nearly 146 tonnes of plastic waste corresponding to 4 million user beverage bottles were collected in Gabon from January to September 2020. This is the result of a partnership signed in April 2019 between Société des Brasseries du Gabon (Sobraga) and NAMé Recycling, a Belgian-Cameroonian company specialising in the collection and recycling of plastic waste.

Within the framework of its partnership with Sobraga, NAMè Recycling’s activity in Gabon is structured in two stages. The company collects post-consumer plastic bottles through a network of independent collectors. The company also operates in Sobraga’s factories, where it collects production waste. The objective set for this stage for the year 2020 is to collect 20 million used plastic bottles, i.e. double the figure achieved in 2019.

The efforts made since 2019 by Sobraga and its partner are still far from being achieved. In Libreville, the capital, where 600 tonnes of waste are produced every day, 50 to 70% is plastic waste. The two companies are undoubtedly aware of the extent of plastic pollution in Gabon and are planning to strengthen their collection and recycling capacities.

They have therefore launched a competition on Facebook called “the 2,000 Bottle Challenge”. The aim is to encourage individuals to sort their waste at home and find collectors in the neighbourhoods. This competition also aims to consolidate the circular economy that Sobraga initiated in 2018 by creating value for these collectors.

In the same vein, NAMé Recycling organises public awareness campaigns, particularly among the youngest members of the population in schools. Thus, bins called “NAMéBins” are installed in certain districts and establishments of the capital to recover used plastic bottles.