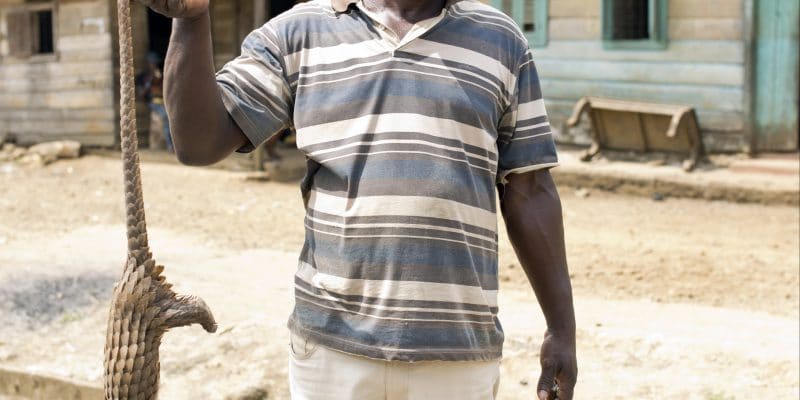 The sale and consumption of pangolin and bat meat is now banned in Gabon. This decision comes at a time when scientists suspect that the two species are at the origin of the Covid-19 pandemic that is affecting the whole world.

The Gabonese authorities did not beat about the bush. The sale and consumption of pangolin and bat meat are now banned. The Gabonese Minister of Water, Forests, the Sea, the Environment, in charge of the Climate Plan, Sustainable Development Objectives and the Land Use Plan, Lee White, issued an order on March 31, 2020, “prohibiting the hunting, capture, possession, marketing, transport and consumption of all species of pangolins and bats throughout the national territory”.

The Gabonese government’s decision comes into force as the world faces the covid-19 pandemic. Some scientific studies suggest that pangolins and bats may be the cause of the disease. According to Alexandre Hassanin, a lecturer at the National Museum of Natural History, a higher education and research institution based in Paris, France, “the coronavirus isolated from pangolin is capable of entering human cells while the one isolated from the bat is not (…). The Sars-CoV-2 virus (covid-19) is thought to be the result of recombination between two different viruses (bat and pangolin)”. This thesis has undoubtedly led the Gabonese government to ban the consumption of pangolin and bat meat.

In Gabon, the consumption of pangolin meat is deeply rooted in culinary traditions. With the outbreak of the coronavirus in China and the suspicions of Chinese scientists, who focused on the pangolin, the consumption of the meat of this animal with scales has dropped sharply in the country. This population behaviour was also observed during the Ebola epidemic that shook West and Central Africa a few years ago.

“A similar decision was taken by the authorities when our country was affected by the Ebola virus: the ban on the consumption of primates, recalls Minister Lee White. The Ministry of Water & Forests, for which I am responsible, intends to work closely with experts, particularly those from the Gorilla and Chimpanzee Study Station (SEGC) in Lopé and the International Centre for Medical Research in Franceville (CIRMF), to better understand and prevent diseases transmitted by animals, in order to protect the Gabonese population”.

In Gabon, the ban on the sale and consumption of pangolin meat should temporarily prevent the decline of the species and limit the risks of transfer of the coronavirus from wild animals to humans. In this Central African country, the authorities have already registered 30 cases of Covid-19. So far, one person has died from the virus.

MOZAMBIQUE: Manica authorities crack down on polluters of the Rovué river

DRC: a tower to measure the impact of tropical forests on climate change

GABON: climate change is starving elephants in the Lopé Park