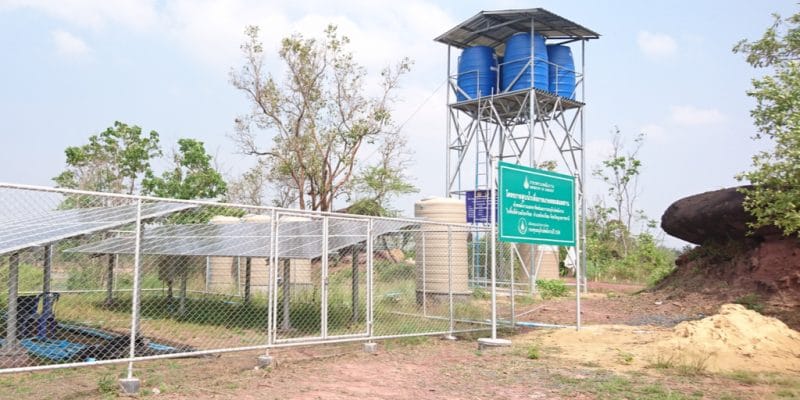 The Société d'énergie et d'eau du Gabon (Seeg) is reactivating four boreholes in Akanda and Bellevue II. The new installations benefit 2,800 households in these areas of the Gabonese capital Libreville.

The drinking water supply facilities have been operational since May 26th, 2021. In Akanda, a municipality of the Gabonese capital Libreville, the Société d’énergie et d’eau du Gabon (Seeg) has re-launched three boreholes built in public schools. The rehabilitated borehole at the 1er Campement public school supplies 3m3 of water per hour. The water is stored in a 2m3 tower and then distributed to 800 households via four standpipes.

The second borehole reopened in the Akanda council is at the Makwengue 1 public school. The facility, which has a capacity of 3m3 per hour, is connected to a 3m3 water tower. The small system serves over 500 households through three standpipes. The other borehole, equipped with a solar pump, is located at the Malibé 1 public school and provides water to 800 households through four standpipes.