Homepage » GABON: Faced with the crisis, BGFIBank lends €152M to SEEG for water and electricity

GABON: Faced with the crisis, BGFIBank lends €152M to SEEG for water and electricity 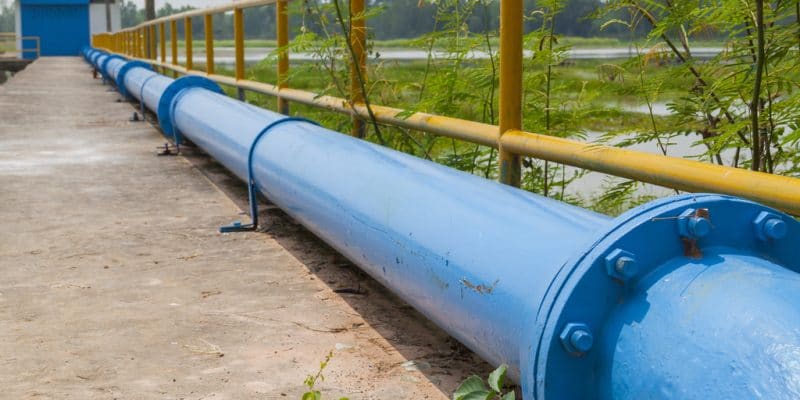 The Société d'énergie et d'eau du Gabon (SEEG) has obtained a loan of 100 billion CFA francs (more than 152 million euros) from the Gabonese bank BGFIBank to improve its drinking water supply and electricity distribution services. The financing agreements were signed on April 8, 2022.

Good news for the Société d’énergie et d’eau du Gabon (SEEG). The state-owned company has obtained a loan of 100 billion CFA francs (more than 152 million euros) from the Gabonese bank BGFIBank. The financing will enable SEEG to improve the supply of drinking water and electricity in Gabon.

With this loan, SEEG will carry out projects in Greater Libreville, Port-Gentil, Franceville and Makokou. For the supply of drinking water, the utility plans to build a new water treatment plant in Greater Libreville with a capacity of 35,000 m3 as well as 20 boreholes. Two other plants will be built in the Ntoum region, about 40 km from Libreville, and in Makokou (about 2,400 m3 per day).

SEEG will also finance the reinforcement and securing of the Mandorove water intake in Port-Gentil, as well as the construction of a 30 km long drinking water distribution network. All of the facilities will increase the Gabonese company’s production capacity by 60,000 m3 of water per day.

The electricity sector will not be left out. Among the works planned between now and 2026 are the extension of the electricity network with 50 km of lines, the installation of a second transformation bench (225/90 kV) at the Bisségué interconnection station, the rehabilitation and reinforcement of the Moanda source station, and the construction of two micro-hydro power plants at Mimongo (200 kW) and Mbigou (316 kW). These investments should alleviate the water shortage and load shedding that Gabon has been experiencing for the past few months.