Homepage » GABON: Eranove and FGIS to raise €300 million for the Ngoulmendjim hydropower project
This article is part of the dossier
SOLAR, WIND, GEOTHERMAL, GREEN HYDROGEN...AFRICA'S TIME TO CHOOSE 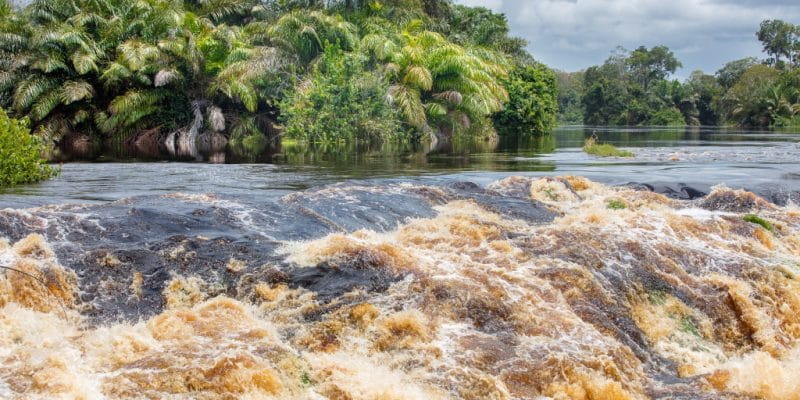 The industrial group Eranove and the Gabonese Fund for Strategic Investments (FGIS) have signed a mandate to raise €300 million. This financing will allow the construction of the Ngoulmendjim dam and 82 MW hydroelectric plant.

The Ngoulmendjim hydroelectric project is entering its financial mobilization phase. Its developers, the industrial group Eranove and the Gabonese Fund for Strategic Investments (FGIS) are launching this crucial stage through the signing of mandates for the raising of 300 million euros to enable the construction of the future facilities. The consortium has mandated two financial institutions.

The African Development Bank (AfDB) will have the role of arranging the transaction. The British Standard Chartered Bank (SCB) will carry out the financial structuring of the project. Overall, the AfDB and SCB are responsible for identifying the partners who will participate in the financing of the hydroelectric power plant and for processing the file with the aim of signing the credit agreements and starting work on the ground.

“The signing of these mandates is a significant step towards the effective financing of this hydroelectric power plant project, which meets the best international standards in the environmental, social and societal fields, as confirmed by the independent assessment carried out with the ESG tool (environmental, social and governance criteria) of the International Hydropower Association (IHA),” said Marc Albérola, Director and CEO of the Eranove Group.

Read also – Africa bets on renewable energy for its electrification

The Ngoulmendjim hydroelectric project is being implemented through Asokh Energy. The special purpose company is 60% owned by Eranove and 40% by Gabon Power Company (GPC), the FGIS subsidiary. Asokh Energy will build a dam on the Nkomo River in the Estuaire province, 125 km from the Gabonese capital Libreville. The facility will have a maximum height of 38.5 m on foundation, with a crest width of 635 m.

Construction of a transmission line

The dam will form a reservoir over an area of at least 30 km2. The imposing structure will be equipped with a hydroelectric power plant capable of delivering 82 MW of power through three Pelton turbines. The electricity produced will be evacuated via a 225 kV line of approximately 135 km.

According to the consortium’s plans, the line will consist of a section from Ngoulmendjim to a 225 kV interconnection station to be created at Kinguélé Aval. The other section will run from Kinguélé Aval to a 225/90 kV interconnection station in the locality of Ntoum, whose route will follow the existing 225 and 90 kV lines from Kinguélé and Tchimbélé. The electricity produced will supply several parts of Gabon, including Libreville where half of the Gabonese population is concentrated, nearly one million inhabitants in 2016.