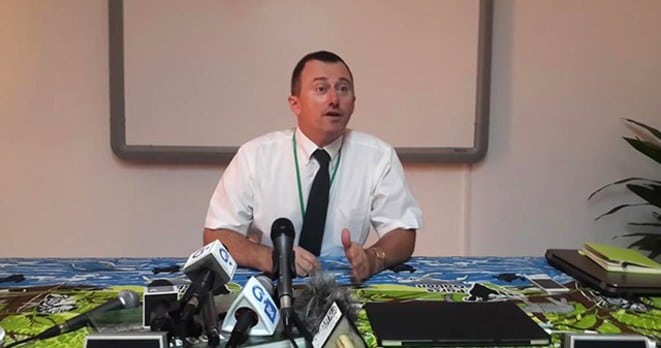 Lee White has recently been appointed Minister of Water and Forestry in Gabon. A naturalised Gabonese citizen for more than 10 years, the appointment of this British environmental activist comes in the wake of the political scandal "kevazingogate".

From shadow to light! This is how one could see the appointment of environmental defender Lee White as head of the Gabonese Ministry of Water and Forests. The 53-year-old British-born will lead a sector he knows well, thanks to his long-standing work to conserve biodiversity in Gabon.

Lee White first set foot in Gabon in 1989. He would never leave this country where his family had lived for some twenty years. He is known for his actions in favour of the preservation of the rich forests of this Central African country. He was appointed head of the Wildlife Conservation Society (WCS Gabon) in 1997.

Confidence by the Gabonese authorities

The environmental enthusiast has worked in other African countries such as Nigeria and Sierra Leone. It is thanks to the management of the Gabonese branch of the American non-governmental organisation WCS that Lee White was noticed by the Gabonese authorities. He was appointed by former Gabonese President Omar Bongo in 2002 as an advisor to the President of the Republic on issues related to climate change, national parks and ecotourism. This promotion comes in the wake of the creation of the National Parks Agency (ANPN).

After becoming a naturalised citizen in 2008, he was appointed Director of the National Parks Agency a year later. In Gabon, the government’s choice of Lee White is surprising and arouses both criticism and enthusiasm. “He is well aware of the challenges of conservation at both the national and international levels. We hope that this will help to accelerate the preservation of the fauna and flora here,” said Gaspard Abitsi, director of the NGO WCS Gabon. However, his appointment took place in a context marked by the “kevazingogate” scandal.

The “kevazingogate” is a state scandal that has been shaking Gabon for several weeks. The guibourtia tessmannii, locally known as kevazingo, is at the heart of the matter. It is a tree found in Nigeria, but especially in Cameroon, Equatorial Guinea and Gabon. The marketing of this precious wood is strictly prohibited in Gabon. However, a few weeks ago, more than 350 kevazingo containers were discovered in the port of Owendo, 12 km from Libreville, the capital of Gabon, thanks to an investigation conducted with the support of Interpol. Sealed by the Gabonese justice system for the purposes of the investigation, these containers will inexplicably disappear. Since then, the case has been widely reported in Gabon.

Case progress: Pierre Claver Maganga Moussavou, Vice-President of the Republic of Gabon, is dismissed from office. The presidency also includes the Minister of Water and Forestry, Guy-Bertrand Mapangou. The latter is now being replaced by the environmental activist, Lee White.