Homepage » GABON: €200 million from the AfDB to strengthen the drinking water network in Librevi

GABON: €200 million from the AfDB to strengthen the drinking water network in Librevi 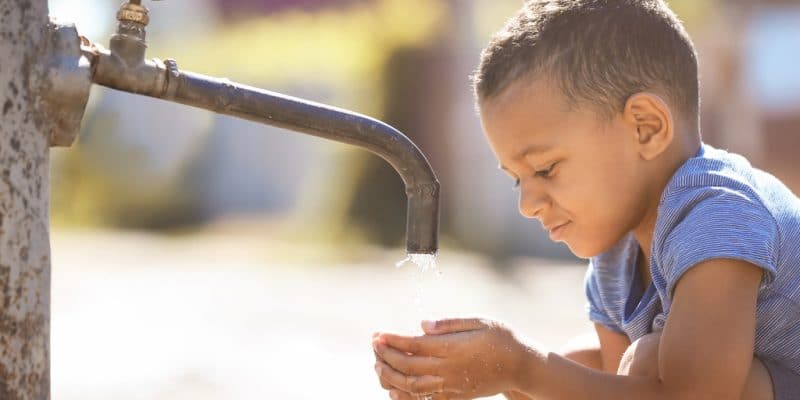 The African Development Bank will soon release 130.6 billion CFA francs to strengthen the drinking water network in the Gabonese capital. Several districts of Libreville will finally have access to the precious liquid.

Patrick Eyogo Edzang, Gabon’s Minister of Energy and Water, who announced it to the press in Libreville. The African Development Bank (AfDB) is preparing to release 130.6 billion CFA francs (200 million euros) to strengthen the drinking water network in Gabon’s capital. But this decision has yet to be approved at the next AfDB Board of Directors in July 2018.

Pending confirmation from the pan-African financial institution, Minister Patrick Eyango Edzang gave some details on the destination of the money. It will be used to replace 150 kilometres of water pipelines whose obsolescence is partly the source of water access problems in Libreville. The minister also suggested that the government would start building a water purification plant. On this project, the Gabonese State can count on the support of the pan-African group Eranove, which is also the operator (with Envol Afrique) of the Kenié hydroelectric power plant construction project in Mali.

It must be said that, for the next drinking water treatment plant, intended for the population of Libreville, work should start before the end of the year and be completed in two years. The plant should have a capacity of 140,000 m3 of water per day. A sufficient quantity of drinking water for the population of Libreville, but far from eradicating the persistent problem of access to water in the rest of the country.

Access to drinking water remains a challenge in rural Gabon

While the population of Libreville is preparing to see a way out, only 48% of people living in rural areas (over 400,000, representing 25% of Gabon’s population) have access to drinking water, according to the Rural Water and Energy Information System. However, the Gabonese government plans to achieve universal access to drinking water by 2035. It has entrusted this major mission to the National Water and Electricity Council (Cnee), which must work in particular with private actors to “move from a logic of providing equipment to a logic of providing services, by making rural households subscribe to the paid services provided by the private operator”. The results of such an approach are still awaited.