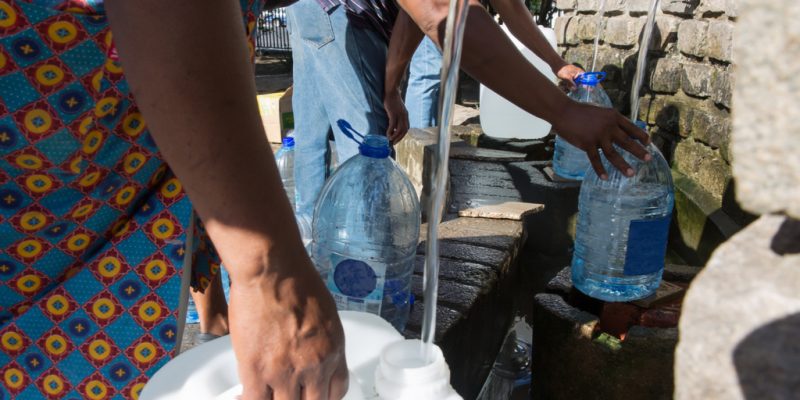 The Gabonese energy and water company (SEEG) is increasing its supply capacity in the neighbourhoods of Libreville, the capital of Gabon, in order to limit the spread of Covid-19 in Gabon. The aim is to contribute to the success of the "Clean Hands" operation recently launched by the government to counter the coronavirus.

Gabon is among the African countries affected by Covid-19. According to the latest assessment made by the authorities, the epidemic has already claimed 1 death out of 18 people who tested positive. To limit the spread of the virus, the Gabonese government has recently taken preventive measures, including encouraging the systematic washing of hands with soap and water.

In this context, the Gabonese Ministry of Energy and Hydraulic Resources, in collaboration with the energy and water company has decided to take concrete action by setting up the “Clean Hands” operation. As part of this operation, water and an additional hand washing device will be distributed to people living in the underprivileged neighbourhoods of the Gabonese capital. A 1000 m³ water tank has already been installed in Awendje, a district of Libreville. Twenty districts of the city are concerned by the “Clean Hands” operation. These areas are often faced with a shortage of drinking water.

The distribution of drinking water

The neighbourhoods concerned by the “clean hands” operation will benefit from drinking water. The distribution of this resource will be ensured by flatbed trucks. These vehicles are specially equipped with 1 m³ cubitainers (containers) on metal supports and accessories for filling and distributing water. The flatbed trucks will be supplied with water from the Seeg reservoirs, particularly the reservoirs located at PK6, PK9 and Angondjé neighbourhoods.

Once supplied with drinking water, the hand-washing facility will be available to the inhabitants between 7.30 a.m. and 5.30 p.m. each day. SEEG service agents and Gabonese law enforcement officials will supervise the operation while making residents aware of the need to respect the rule of distance, with a two-metre space between people, as laid down by the Gabonese government.