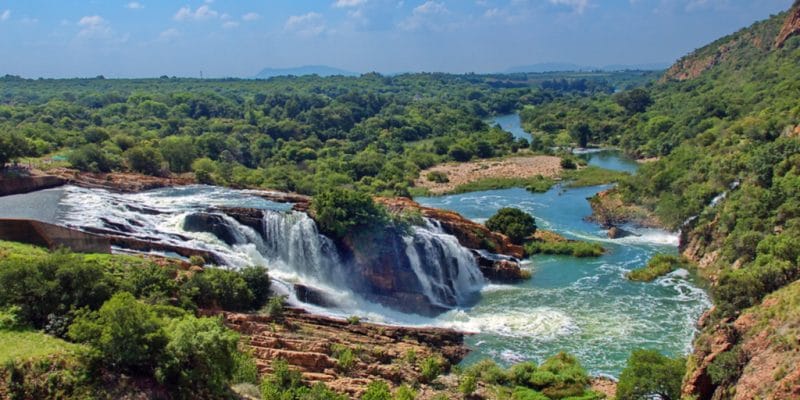 After the start of the preliminary design, detailed design and environmental and social impact studies, experts from the Economic Community of Central African States (dubbed CEEAC in French) have recently completed a mission to the Booué and Tsengué-Lélédi hydropower projects in central Gabon.

The Economic Community of Central African States (ECCAS) is monitoring the progress of the Booué and Tsengué-Lélédi hydroelectric projects in the Ogooué-Ivindo province, in central Gabon. A delegation from the ECCAS has just completed a five-day mission to the site. The team was accompanied by officials from the Gabonese Ministry of Water, Energy, Development and Industrialisation of Mining Resources. Objective: to inform local authorities of the start of activities related to the Booué and Tsengué-Lélédi hydroelectric projects.

The pre-design summary, pre-design detailed and environmental and social impact studies have been ongoing in the field since March 20, 2019. Financed to the tune of CFAF 757 million (€1.15 million) by the African Development Bank (AfDB), they will be completed in February 2020. A contract awarded to the ISL Ingénierie, Nespak, OIE, Gibb and Oréade-Brèche consortium.

According to the ECCAS, “the Booué and Tséngue-Leledi hydroelectric project is a flagship regional project for Central Africa that will not only strengthen regional cooperation and integration, but also build an important link in interconnected electricity grid infrastructure. Its objective is to contribute to the improvement of living conditions of people in the countries concerned by the project [Cameroon, Congo, Gabon and Equatorial Guinea, editor’s note] as part of the support for economic and social development”.

It is at the end of the preparatory studies that the two projects will be submitted to donors for possible funding. The Booué and Tséngue-Leledi dams will be built on the Ogooué and Nyanga rivers. In a study carried out in the 1960s, Électricité de France (EDF) already estimated that the basins and waterfalls of the Ogooué and Nyanga rivers had enormous hydroelectric potential.

ECCAS’s current projects will provide energy to the national grids of Cameroon, Congo, Gabon, and Equatorial Guinea through an interconnection line.