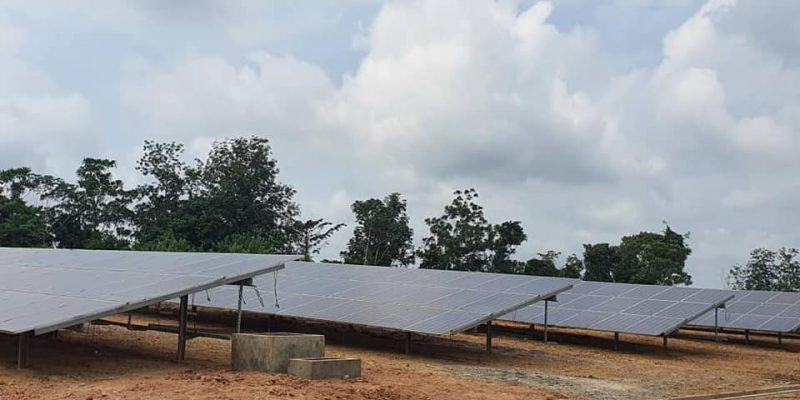 According to the Gabonese Minister of Energy and Water, Alain Claude Bilié By Nze, the Ndjolé hybrid solar power plant, with an expected capacity of 400 kW, will be commissioned in July 2021. The installation is being carried out by Ausar Energy, a subsidiary of the French group Engie.

A new deadline has been set for the commissioning of the hybrid solar power plant in Ndjolé. This was during an inspection visit to the project site by the Gabonese Minister of Energy and Water, Alain Claude Bilié By Nze. The plant, located in the province of Moyen-Ogooué in western Gabon, will increase the country’s installed capacity by 400 kW thanks to 1,445 solar panels and inverters “installed to the millimetre on the basis of a GPS plan on galvanised steel piles”. The solar plant will be supported by a diesel-powered generator.

The Ndjolé hybrid solar system was originally scheduled to go into operation in March 2020. The construction is more than a year behind schedule. Once operational, the operation and maintenance of the Ndjolé plant will be carried out by the Société d’énergie et d’eau du Gabon (Seeg) under a 15-year power purchase agreement (PPA) signed with the country’s Caisse des Dépôts et Consignation (CDC). CDC, which is developing the hybrid solar project, is also financing the construction of an electricity transformer station and a 500 m long medium-voltage line.

CDC will build seven other power plants in Gabon as part of the “Zero Diesel” programme. The first five plants will be installed in the province of Ogooué Ivindo, namely in Bitam (850 kW), Makokou, Ovan, Mékambo and Booué. The other two plants will be built in Minvoul and Medouneu, in the province of Woleu Ntem. The eight facilities will have a combined capacity of 2.2 MW.

As part of its programme, CDC will invest 4 billion CFA francs, or more than 6 million euros. In the targeted areas, electricity production costs will be reduced by 30%. The installations will also save one million litres of fuel oil per year, avoiding the emission of 2,600 tonnes of carbon dioxide (CO2) over the same period, says Engie.