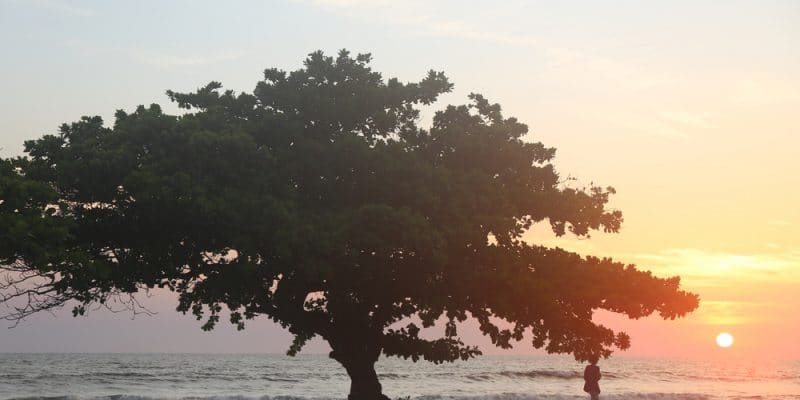 Libreville hosted an international symposium on "Coastal Protected Areas and Urban Development" from April 23 to 26, 2019. The objective of this meeting was to develop strategies to conserve more sustainably the ecosystems and local territories of Libreville, the Gabonese capital. At the end of the symposium, the Administrative Secretary of the Gabon National Parks Agency, Lee White, presented his ambitions for the development of protected areas in Gabonese territory.

Resolutions adopted following the symposium on protected areas held in Gabon in April 2019 are many and varied. For Gabon’s National Agency for National Parks (dubbed ANPN in French), the main organiser of the event, it is urgent to take measures to better protect national parks. The protected areas around Libreville contribute to the fight against pollution and promote fish farming. “Natural resources in these areas are worth money,” said Lee White, the Agency’s administrative secretary, in an interview with Le Nouveau Gabon. For Lee White, we must find a way to preserve the Pongora and Akanda parks that border Libreville.

Preserving the green spaces in the Gabonese capital will facilitate fish farming in the mangroves located there. As Lee White notes, “if Akanda and Pongara are backfilled today, there will be no more fish, captains, shrimp for feeding” in the coming years. The issue is not just limited to fish farming, however. Green spaces are important for human health. Indeed, according to the ANPN, “children who have access to forests have far fewer health problems, allergies, psychological problems” than those who do not have access to them.

Pongora and Akanda Parks also protect Libreville from the effect of climate change, often accompanied by rising seawater. Lee White also pointed out that mangroves are of crucial importance for the control of the floods that are frequent in Libreville. The floods are often due to a lack of infrastructure and blocked pipes. A situation where we see tons of litres of water generated by the rain ending up on the streets and in people’s houses in the Gabonese capital. Estimates show that water levels could reach up to 25 m in some areas of the country during the next floods.

Focus on Gabonese youth to preserve the environment

To ensure the preservation of green spaces, Gabon’s National Parks Agency has chosen to invest in youth education. A few months earlier, 12,000 students were chosen to visit the city’s parks. During the field trip, they were introduced to the basic concepts of the crucial role that these nature reserves play in preserving the environment. “If children do not understand the importance of these protected areas, they will no longer exist in 20 years,” said Lee White. Moreover, the ANPN has chosen to leave free access to the parks, in order to welcome the greatest number of people and to raise their awareness of their preservation.

A symposium for protected areas

The symposium on protected areas was organised by ANPN in collaboration with the National Centre for Scientific and Technological Research (CENAREST), the Research Institute for Development (IRD-France), the University of Douala (Cameroon), the University of Science and Technology of Masuku (Gabon) and the Widlife Conservation Society (WCS). It was held from April 23 to 26, 2019 in Libreville. The symposium was an initiative to find ways to implement and promote green peri-urban development. Means that make it possible to integrate protected areas into the structuring elements of land use planning while reducing the risk of natural disasters. The event was part of the restitution of the Emerald Arc Project, coordinated by the ANPN and financed by the France-Gabon Debt Conversion Agreement (ACD) on January 29, 2008.