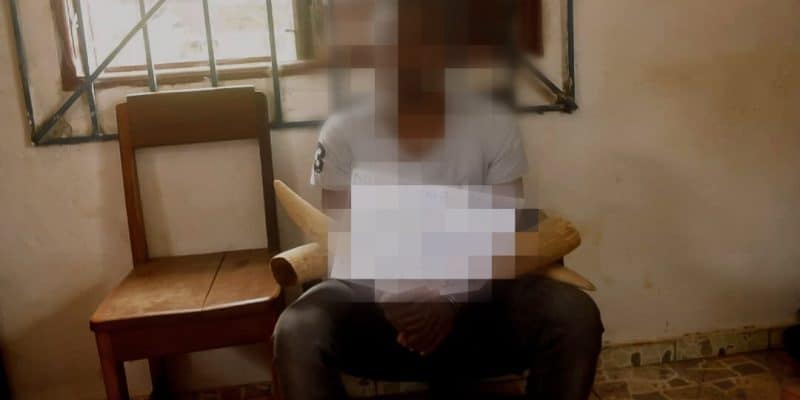 The Gabonese authorities have just arrested an alleged wildlife trafficker. The latter was caught in the act of holding and selling about twenty kilograms of ivory. In Gabon, elephants are protected by the wildlife law in force.

A young Gabonese man, in his late twenties and engaged in fishing activities, was hiding ivory tips in the waters of the Ngounié in southern Gabon, before selling them on the black market. This illegal activity continued until 15 August 2022, when he was caught in the act of possessing and selling wildlife in the streets of the town of Fougamou, in the south of the country. 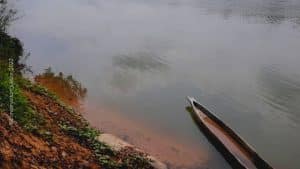 The success of this operation was due to the joint intervention of the judicial police, the Directorate General of Wildlife and Protected Areas (DGFAP) and the Provincial Directorate of Water and Forests, supported by Conservation Justice, a non-governmental organisation (NGO) working for the application of the wildlife law. The joint team revealed that the alleged trafficker was in possession of 12 ivory points at the time of his arrest, totalling some 20 kilograms.

The provisions of the wildlife law

The facts established expose the alleged trafficker to the rigorous application of the legal provisions of Article 388 of the Penal Code, which punishes the possession and sale of ivory with ten years imprisonment. The alleged trafficker is currently being held in police custody pending his transfer to the special prosecutor’s office in Libreville.

Gabonese wildlife has been marked in recent times by a persistent trend of elephant poaching, despite the strengthening of legal provisions since 2019. While no country is immune, Gabonese justice could continue to be effective in sentencing defendants to dissuasive penalties that could curb trafficking, which also affects the climate. 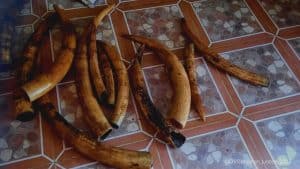 Read also-GABON: OPJ and APJ, at the school of wildlife legislation and trafficking

According to specialists, the carbon capture catalysed by keeping elephants in the forest could be equivalent to more than 6,000 tonnes of carbon dioxide per square kilometre. This is similar to the amount of carbon captured by more than a quarter of a million trees. Thus, the estimated 95,000 elephants in 2021 could optimise the carbon sequestration capacity of the Gabonese forest. In August 2021, Gabon became the first African country to receive payment for the proven reduction of its emissions from deforestation and forest degradation through the REDD+ ecosystem service payment mechanism.