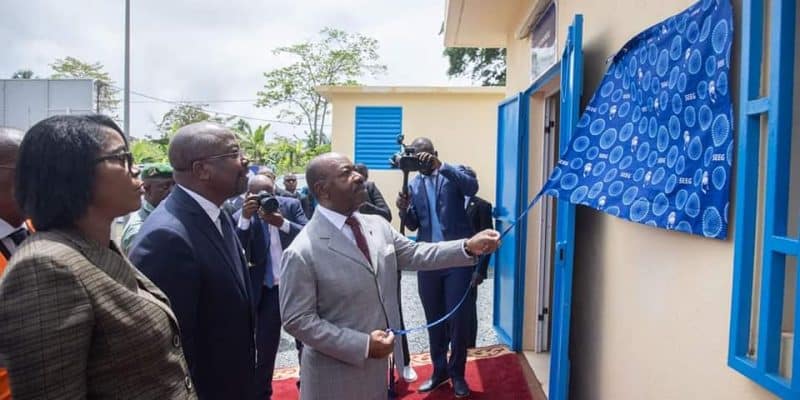 The President of the Republic of Gabon, Ali Bongo Ondimba, has just inaugurated the Val-Marie drinking water plant in Mouila, in the province of Ngounié. The plant serves households and industries.

The Val-Marie drinking water plant has been operational since 2 November 2022. The plant was launched at a ceremony presided over by the Gabonese head of state, Ali Bongo Ondimba. The facility is located in the city of Mouila, the capital of the Ngounié province.

The Gabonese company of Water and Energy (SEEG) has built the potabilisation plant capable of supplying 140 m3 of drinking water per hour. This plant will support the existing drinking water plant in Mouila, which supplies only its right bank. According to the Gabonese authorities, the objective is to secure the water supply to households and industries on both sides of the city. Seeg plans to rehabilitate some of Mouila’s water towers and lay 10 km of pipes.

The Val-Marie drinking water plant is the latest addition to the many water treatment plants in operation in Gabon. About two years earlier, the Ntoum drinking water plant was launched. This facility, located 38 km from the Gabonese capital Libreville and operating with a floating water intake on the N’Zeme River, has a capacity of 36,000 m3 per day. In total, 32,500 households, or 190,000 people, will benefit from drinking water in Ntoum, as well as in nearby towns such as Libreville, Owendo and Akanda.