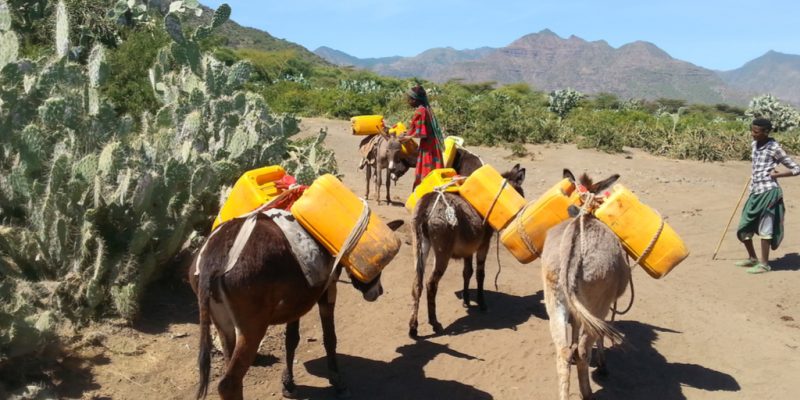 Xuzhou Construction machinery Group (XCMG), a construction company, has just opened 41 water tanks in the village of Goleba Qulito, in the Oromia region of southern Ethiopia. They will benefit 600 households.

Adami Tulu Judo Kombolcha is a small town in the Oromia region of southern Ethiopia. As in most parts of the country, it is a semi-arid region where water is a scarce commodity, especially during the long dry season. Yet in the village of Goleba Qulito, 600 families are well settled, according to Debele Feyisa, head of Adami Tulu Judo Kombolcha’s Office of Economic Planning and Development.

To get water, one would have to travel for miles, draw from “unhealthy” rivers, and carry large containers on donkeys. The authorities have decided to put an end to the everyday struggles by initiating a project to provide drinking water for the population of Goleba Qulito. It was entrusted to the Chinese company Xuzhou Construction machinery Group (XCMG), which recently inaugurated 41 water tanks. They will be supplied by water pumped from the groundwater table, with an autonomous operating system.

The Chinese company has already inaugurated a water tank project in the Amhara region of northern Ethiopia, in a place that, like the town of Adami Tulu Judo Kombolcha, faces the two-fold problem of water shortage and spring pollution. It must be said that in this country located in the Horn of Africa, 65 million people have access to drinking water out of a population of more than 102 million, according to Sileshi Bekele, Ethiopian Minister of Water, Irrigation and Electricity. The rural areas in particular are lagging behind. However, the government plans to achieve 85% access to drinking water in rural areas by 2025… the date set for Ethiopia’s emergence.

In the meantime, most drinking water projects have so far been concentrated in cities. They revolve around pumping water from an aquifer. In 2016, for example, in Mekele, the main city in the Tigray region, three artesian wells were dug. Water emerges from the wells, which have an average depth of 200 metres. They will be used to feed 43,000 people. Up to now, six wells have been supplying the city, but at random, depending on seasonal precipitation.