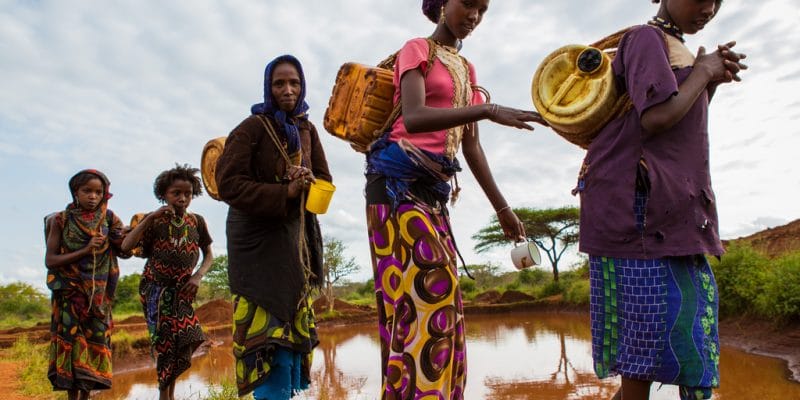 The Ethiopian authorities and the United Nations Children's Fund (UNICEF) have launched a drinking water supply and sanitation system in the town of Welenchiti in the Oromia region. The installation will benefit both the populations of the city and those of the surrounding villages.

Welenchiti is a city of more than 22,000 inhabitants, located in the Oromia region, more than 117 km from Addis Ababa, Ethiopia’s capital. It has just acquired a drinking water supply (dubbed AEP in French) and a sanitation system. The infrastructure was recently inaugurated by regional authorities, development partners and especially the United Nations Children’s Fund (UNICEF).

The UN agency was responsible for implementing the project. The challenge: to expand the capacity of the existing water supply system in the city and the three neighbouring villages and create an integrated sewage sludge management system, from containment to processing. In hospitals and schools, UNICEF has also set up infrastructure to facilitate access to water and sanitation. Also as part of the project, a business model including local government and private operators has been put in place to facilitate the management of these new facilities.

“This project can provide sufficient safe drinking water, as well as access to sanitation facilities, to the people of Welenchiti City and surrounding rural areas for the next 20 years,” said Negash Wagesho, Minister of State for Water, Irrigation and Energy. This new water supply and sanitation system will serve at least 48,000 people in the Oromia region. This project is part of the Onewash Plus programme. It is a water, sanitation and hygiene programme launched in 2013 by UNICEF.

In Ethiopia, the implementation of the Onewash Plus programme required an investment of $36 million. 30% of the funding was provided by the government of the Oromia region. The rest was provided by the Department for International Development (DFID), a development finance agency led by the British government. The Ethiopian Ministry of Water, Irrigation and Energy, and the Ethiopian Government’s Water Resources Development Fund also supported the implementation of the water supply and sanitation project in Welenchiti City. UNICEF plans to do same in the other regions of Ethiopia, namely Amhara, Somalia and the Tigris, adapting it to the needs of each targeted locality.