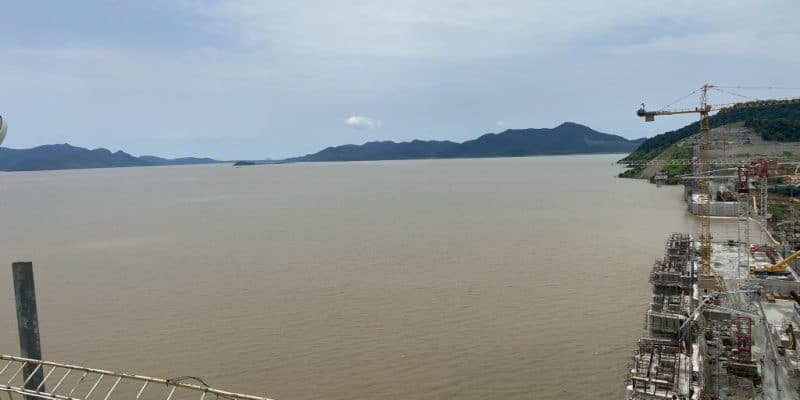 The Ethiopian government has completed preparations for the start of a production test of the Grand Ethiopian Renaissance Dam (GERD). If successful, the first two units of the hydropower plant will come on stream despite diplomatic tensions with Egypt and Sudan.

Addis Ababa is about to take the next step in the construction of the Grand Ethiopian Renaissance Dam (GERD). On the construction site, preparations for a test of electricity production are completed, according to our colleagues of the weekly Capital, citing a source within the Ethiopian government. While this information has not yet been officially confirmed by Addis Ababa, it corroborates recent statements by Sileshi Bekele, the chief negotiator and advisor for transboundary rivers and the Gerd in the Ethiopian Prime Minister’s office.

On his Twitter account, the former Ethiopian Minister of Water and Irrigation said that the GERD would deliver its first MW in five weeks. Initially, the first two power plant units will be commissioned, with an installed capacity of 700 MW. Once fully operational, the dam will have a capacity of 5,250 MW, almost twice the installed capacity of a country like Kenya (2,819 MW).

Progress despite tensions with neighbors

But the completion of this megaproject, financed entirely locally, is being hotly contested by Ethiopia’s neighbors, notably Egypt and Sudan. These countries, located in the Nile basin, depend on the largest river on the African continent for their water supply, irrigation and electricity production. Sudanese and Egyptian authorities believe that the hydropower project located in Ethiopian territory affects their security.

The implementation of this hydroelectric project particularly angers Egypt, which has already brought the problem before several international bodies, including the Arab League, which condemned the actions of Addis Ababa a few months ago.

At the end of 2021, DR-Congolese head of state Felix Antoine Tshisekedi, the current chairperson of the African Union (AU), tried to get the three belligerents to continue talks, without success. One of the stumbling blocks in the negotiations is the pace at which the GERD is filled. Egypt and Sudan are proposing a 15-year filling period. Ethiopia plans to fill its dam in seven years. The problem has also been referred to the United Nations Security Council, which wants to avoid a military escalation between the three countries.

For the record, the GERD will have a reservoir of 79 billion m3, nearly twice the capacity of the Three Gorges Dam (45.3 billion m3) in China, considered the largest hydroelectric development in the world, with an installed capacity of 22,500 MW.