Homepage » ETHIOPIA: KRCC finances the irrigation of 5,000 hectares of farmland in Oromia

ETHIOPIA: KRCC finances the irrigation of 5,000 hectares of farmland in Oromia 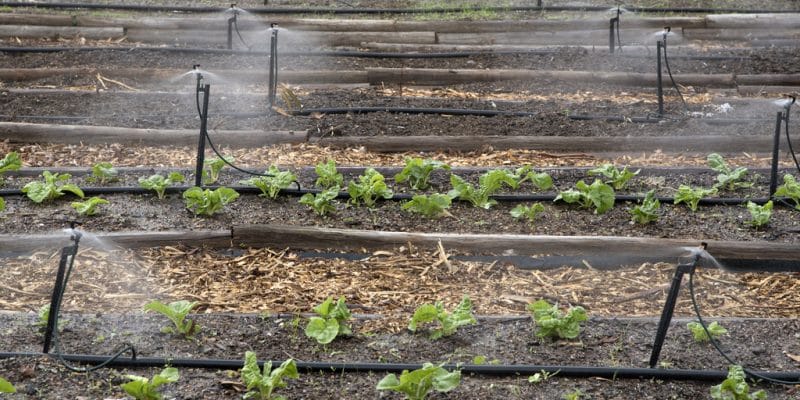 The Ethiopian Irrigation Commission has signed a financing agreement with the Korea Rural Community Cooperation (KRCC). The organisation is lending $94 million for the construction of groundwater catchment facilities. The water pumped from the groundwater will be used to irrigate 5,000 hectares of farmland in the Adabecho district of the Oromia region of Ethiopia.

In Ethiopia, prolonged droughts are on the increase. This is having a devastating impact on the food supply and livelihoods of people who rely on agriculture for survival. Almost every region in the country is affected by drought.

In Oromia Regional State, the Ethiopian Irrigation Commission will improve people’s resilience to drought through a groundwater irrigation project. The commission plans to construct 42 boreholes in the Adabecho district, as well as rehabilitate existing wells. The facilities will pump water from the groundwater table to supply irrigation systems. The new facilities will irrigate 5,000 hectares of farmland in Oromia Regional State.

The project will run for one year and will benefit 20,000 households in Adabecho. The initiative is co-financed by the Korea Rural Community Cooperation (KRCC) to the tune of US$94 million. The Oromia region is known for its plains where cereals, including wheat and maize, are grown. According to the UN Food and Agriculture Organisation (FAO), these plains have been severely affected by the drought caused by the El Niño weather phenomenon in recent years.

The multiplication of water projects

The Oromia region in Ethiopia also has a water reservoir with a capacity of 62.5 million m3. The dam at Gidabo irrigates 13,425 hectares of land cultivated by 10,000 farmers. The facility was inaugurated in 2019.

Similar initiatives are being implemented in the Amhara region. The federal government and the partners of the Alliance, a consortium of two organisations, including Bioversity International and the International Centre for Tropical Agriculture (ICTA) are implementing a dam project near the town of Mekaneselam. In addition to supplying drinking water, the dam will also be used to irrigate plantations and thus reduce the risk of drought for small-scale farmers in the downstream areas.