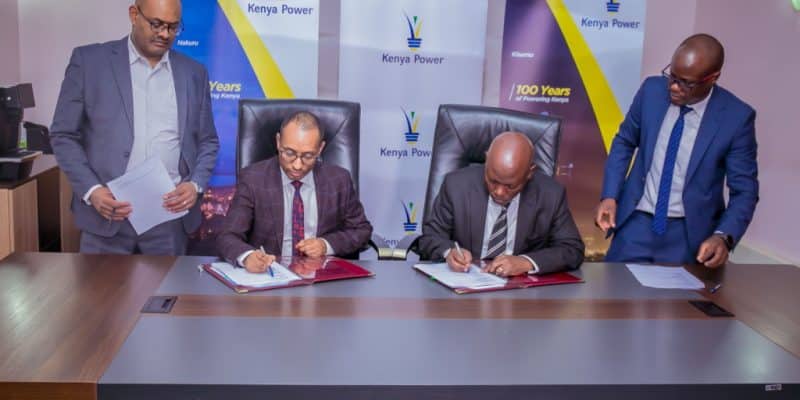 A power purchase agreement has been signed between state-owned Ethiopian Electric Power (EEP) and Kenya Power. The partnership, which comes into effect, aims to import clean electricity generated in Ethiopia to Kenya.

The relationship between Kenya and Ethiopia is strengthening on the energy front. The state-owned power companies of both East African countries are engaging in the sale of electricity to Kenya. The agreement was signed recently between the heads of Ethiopian Electric Power (EEP) and Kenya Power. Under the terms of the agreement, which takes effect on November 1, 2022, Kenya will have a maximum firm capacity of 200 MW for the first three years.

In subsequent years, the 25-year agreement calls for Kenya to purchase up to 400 MW of firm capacity. Kenya is the African country with the most diversified electricity mix. Its state-owned utility Kenya Power distributes electricity generated from solar, geothermal, wind, hydro and biomass plants. According to Power Africa, the East African country has an installed capacity of 2,819 MW, of which 749 MW is fossil-fired.

Read also- ETHIOPIA: the inauguration with great pomp of the unit I of the renaissance dam

Meanwhile, Kenya’s electricity demand is estimated at 2,051 MW according to Kenya Electricity Generating Company (KenGen). Despite this, Kenya Power wants to buy more electricity from Ethiopia, where generation capacity is expected to increase with the gradual commissioning of the Grand Ethiopian Renaissance Dam (GERD) and its 6,450 MW hydroelectric plant, which has an annual generation capacity of 15.76 TWh.

Currently, Ethiopia has an installed capacity of 4,965 MW. The country wants to become the largest electricity exporter in East Africa through investments in renewable energy. Over the next 10 years, Addis Ababa plans to invest $40 billion in geothermal, wind, solar and hydropower. The country is aiming for an installed capacity of 35,000 MW by 2037. Much of this electricity will be sold to countries in the Horn of Africa.