Homepage » ETHIOPIA: Filling of the GERD ends amidst tension with its neighbours

ETHIOPIA: Filling of the GERD ends amidst tension with its neighbours 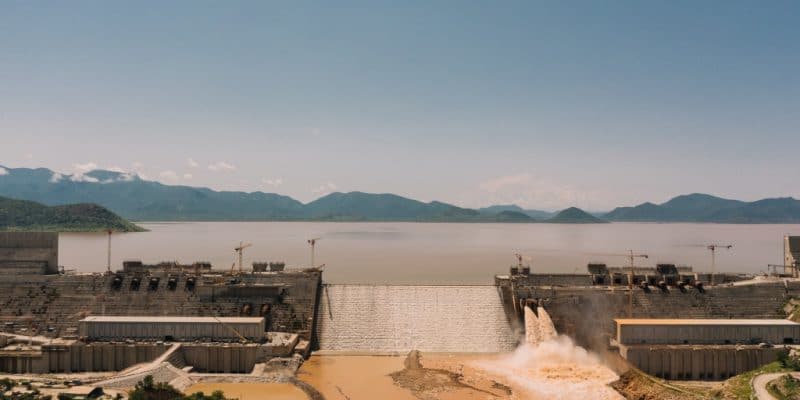 The Ethiopian authorities have announced the completion of the second filling of the Grand Ethiopian Renaissance Dam (GERD). The dam is now able to provide enough water for electricity generation by August 2021. This new development has caused a resurgence of tensions that have not really subsided since the first filling a year ago.

The rainy season is in full swing in Ethiopia. Addis Ababa has taken advantage of this to ensure the second filling of the Grand Ethiopian Renaissance Dam (GERD)reservoir. The Ethiopian Minister of Water, Irrigation and Energy made the announcement on his Twitter account. “The GERD reservoir has reached the overflow level. Currently, the inflow is passing through the two bottom outlets and the overflow. This year we are also experiencing extreme rainfall in the Abbay Basin (Blue Nile Basin),” says Seleshi Bekele.

According to Bekele, the next step in the mega-project is the production of the first MW of electricity. The announcement has provoked reactions in the countries of the Nile basin, notably Sudan and Egypt. These North African countries, which depend on the Nile for their water supply and power generation, believe that the hydropower project on Ethiopian territory affects their security.

Indeed, following the announcement of the end of the second filling of the GERD, the Sudanese Ministry of Irrigation said it condemned “Ethiopia’s unilateral measures and policies aimed at imposing a fait accompli and ignoring the legitimate interests and serious concerns of its river partners”. The implementation of the hydropower project also angers Egypt, which has already taken the issue to several international bodies, including the Arab League, which condemned Addis Ababa’s actions a few weeks ago.

A few months earlier, the DR-Congolese head of state Felix Antoine Tshisekedi, the current chairman of the African Union (AU), tried to get the three belligerents to continue the talks, without success. One of the stumbling blocks in the negotiations is the pace at which the GERD is filled. Egypt and Sudan are proposing a 15-year fill. Ethiopia plans to fill its dam in 7 years. The problem is now on the table of the United Nations Security Council, which wants to avoid a military escalation between the three countries.

For the record, the Nile Dam will have a reservoir of 79 billion m3, almost twice the capacity of the Three Gorges Dam (45.3 billion m3) in China, considered to be the largest hydroelectric scheme in the world, with an installed capacity of 22,500 MW. Its plant will be equipped with 16 Francis turbines capable of delivering 6,450 MW of power, at an investment of $4.8 billion. The Ethiopian government plans to commission the first turbines in 2022.