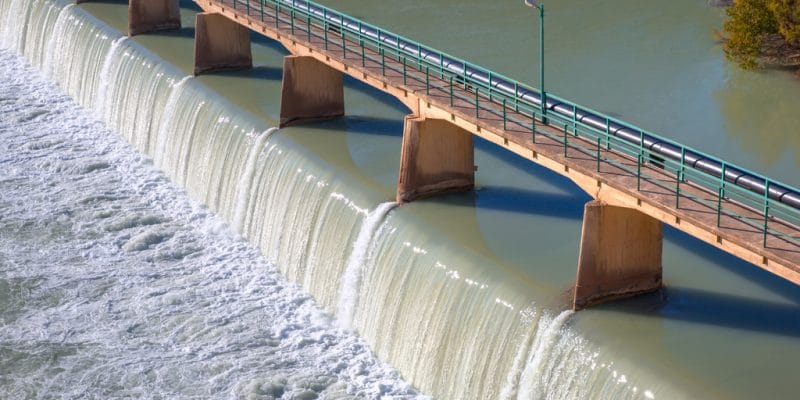 According to Ethiopian authorities, the Genale Dawa III hydroelectric dam will start supplying electricity to the national grid by the second half of 2019. The 254 MW capacity facility is built by China Gezhouaba Group Company (CGGC).

Frehiwot Woldehanna, Ethiopian Deputy Minister of Water and Irrigation, announced that the Genale Dawa III hydroelectric dam would be commissioned in the second half of 2019. The project is being carried out by China Gezhouaba Group Company (CGGC).

It is a concrete-lined rockfill dam built in the Genale Dawa River Basin in the Oromia region of southern Ethiopia. The water reservoir is 110 m high and has a peak length of 456 m. Its container is capable of holding 3.2 million m3 of water. It is equipped with a spillway, a kind of open trough weir with a pointed ridge and three radial valves. Water enters the plant through a 679 m long tunnel, which runs three 84.7 MW turbogenerators.

The Genale Dawa III hydroelectric power plant has a total capacity of 254 MW and required an investment of $450 million to build. 60% of the financing was provided through a loan from Exim Bank of China. The remaining 40% was injected directly by the Ethiopian State. This work is nearing completion, as CGGC is now fully involved in the major renaissance hydroelectric project on the Nile River, at the cost of a $40 million investment, which ensures the Chinese company a collaboration with Salini Impregilo, the Italian company that has been selected to build the dam. According to Abrham Belay, the director of Ethiopian Electric Power (EEP), the arrival of CGGC should give the project a boost.

In addition, Deputy Minister Frehiwot Woldehanna indicated that another company, China Electric Power Equipment and Technology, will start operating the transmission line from Ethiopia to Kenya in the second half of 2019. The 1,045 km long line will be able to transmit 2,000 MW of electricity. Construction began in 2015 with funding from the World Bank and the African Development Bank (AfDB).