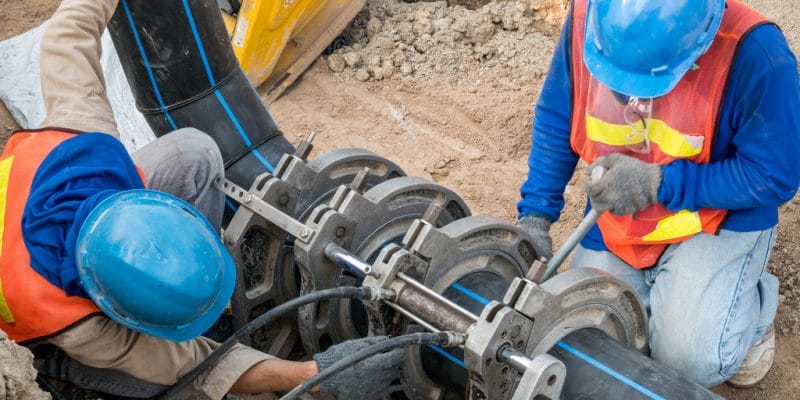 China Gezhouba Group Company (CGGC) recently launched major infrastructure works to improve the drinking water supply to the people of Mekelle, the capital of the regional state of Tigray in northern Ethiopia. The project is funded by Exim Bank of China.

Mekelle, the capital of the regional state of Tigray, is now in step with the work to improve the supply of drinking water to the population. The project is expected to last at least three years in this city of more than 310,000 people in northern Ethiopia. The drinking water supply works are being carried out by China Gezhouba Group Company (CGGC), a company based in Wuhan, China.

They are part of the Mekelle Water Supply and Sanitation Project (WSSP), which will lead to the exploitation of the groundwater table. On site, CGGC will build five boreholes and each facility will have a guard station and electrical generators. The drilling will supply five reservoirs, thanks to two pumping stations. The water thus pumped from the groundwater table will follow 35 km of pipe before reaching the taps of the inhabitants of the capital of Tigray.

The facilities built by CGGC will provide 124,300 m3 of drinking water per day. According to Tan Jian, China’s ambassador to Ethiopia, the project currently underway should supply at least 400,000 people in Mekelle. It will also be used to supply the Mekelle industrial park. The latter is built on a 100-hectare site and houses manufacturing plants for manufacturing products.

The implementation of the Water Supply and Sanitation project will require an overall investment of $270 million. The Ethiopian government is financing the project with the support of development partners. “The Chinese government has agreed to provide an interest-free loan of $80 million and a preferential loan of $150 million for the project, which represents 85% of the total financing required,” says Tan Jian. The funds will be allocated by Exim Bank of China. The project is also supported by the World Bank.