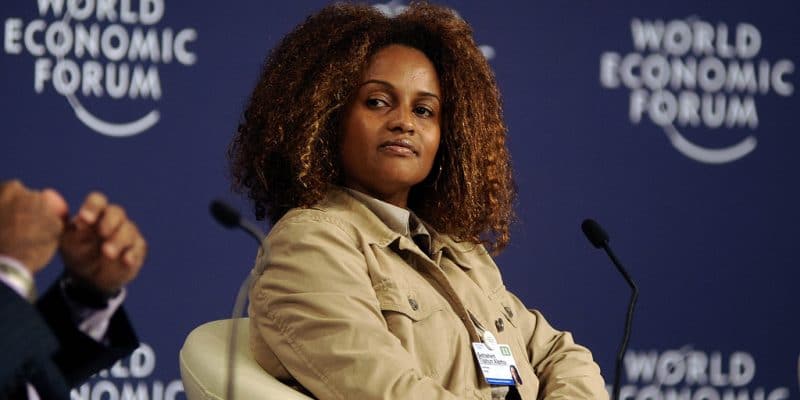 The young Ethiopian, Bethlehem Alemu, has created SoleRebels, a company specialising in the manufacture of ecological shoes. An activity that allows her to employ several young people while contributing to the protection of the environment. Her initiative seduced the Africa Women Innovation and Entrepreneurship Forum (AWIEF), which has just awarded her a prize.

Several media present the young Ethiopian woman as a daring woman. At the age of 25, she decided to start her own company, which she named SoleRebels. The company specialises in the manufacture of shoes based on used tyres. An initiative that, at the time, compelled her to quit her job as an accountant, obtained after graduating from university in 2004. 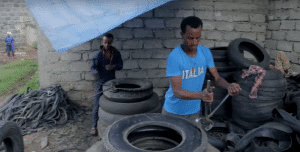 The beginnings do not seem very promising, as the young entrepreneur invests $5,000 in capital and works with only 5 people. She can’t rely on her family because she was born of an electrician father and a cook mother, and grew up in Eznabwork, a sub-district of Addis Ababa, Ethiopia’s capital. But she has a dream: to help her country stop relying on foreign aid for its development. The determination of the young Ethiopian will allow her to find the right formula, two years after starting her business (initially, the first shoes weigh 5 kilograms). She makes her shoes from organic cotton, jute, koba fibre and… used tyres. For her, recycling is living. “Recycling is a way of life. You don’t throw things away that you can reuse over and over again… I started from that idea to create something. We are proud to have succeeded in arousing interest and passion for our products around the world and to have allowed those who follow us to express their creativity, character and positivity through their shoes!”

SoleRebels currently employs nearly 300 people. Every day, they produce an average of 500 pairs of shoes. Bethlehem Alemu has set up a system that allows her to sell her ecological shoes online and in all countries of the world. By 2012, the company had stores in twenty foreign countries and expects to reach 500 stores by 2022.

Bethlehem Tilahun Alemu has also decided to fight climate change. In addition to recycling tyres (which is already in itself a way to reduce greenhouse gas emissions, editor’s note), she turned to solar energy to power her workshop. Her fight for the protection of the environment has earned her recognition from several international organizations. In 2012, she was one of the top 5 women entrepreneurs in Africa at Business Insider. That same year, Forbes magazine ranked her among the most successful African women. In 2013, she was selected by The Guardian as one of the 25 most influential women in Africa. The Africa Women Innovation and Entrepreneurship Forum (AWIEF) has once again honoured the young woman by awarding her the first prize in the Global brand award category.

Today, Bethlehem Tilahun Alemu is happy to contribute to the development of her country, which, in her opinion, should no longer depend on foreign aid.