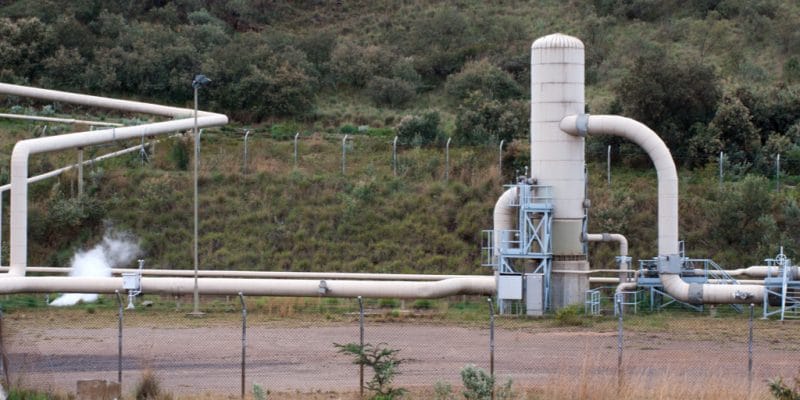 The financial support that the Tendalho geothermal development project is receiving from the French Development Agency (AFD) will eventually enable Ethiopian Electric Power to initially produce clean energy with a capacity of 10 MW. This is the second support from this French financial institution to this project since 2008.

It was at the Ethiopian Ministry of Finance and Economic Cooperation that the regional director of the French Development Agency (AFD), Ignace Monkam-Daverat, Frédéric Bontems, the French Ambassador to Ethiopia and Admasu Nebe, the head of this ministerial department initialled the agreement opening the financing of two ongoing projects in Ethiopia.

The total amount that AFD will inject is 18 million euros. Eight million euros represents a subsidy granted as a contribution to the Tendalho geothermal development project in the Afar region in the north-east of the country. According to Admasu Nebe, this sum will help accelerate drilling to determine areas likely to produce heat naturally in this region of the world known for its geothermal potential.

The remaining EUR 10 million is a loan to finance the Urban Local Government Development Programme (which aims to develop more than 70 cities in Ethiopia).

Since 2008, Ethiopia (then facing an energy deficit) has been interested in geothermal energy in the Afar region. The project led by Ethiopian Electric Power (a state-owned company that produces and distributes electricity in Ethiopia, editor’s note) then received initial AFD support of 9 million euros (denominational loan) which enabled it to build ten boreholes in the region. It is also received EU support through the EU-Africa Infrastructure Trust Fund of €7.5 million in July 2014.

The Tendalho geothermal development project is being implemented by Ethiopian Electric Power, in coordination with the Geological Survey of Ethiopia (GSE), an agency of the Ministry of Mines responsible for geological surveys. It aims to support Ethiopian economic growth by developing geothermal, a reliable, low-carbon energy source in nature. In the coming months, activities will focus on the development of a shallow reservoir in Tendalho to allow sustainable exploitation with an estimated capacity of 10 MW, and on the exploitation of a deep reservoir by drilling deep wells which according to Ethiopian authorities will produce 100 MW of electricity.