Homepage » ETHIOPIA: $56 million from the diaspora for the Renaissance Dam

ETHIOPIA: $56 million from the diaspora for the Renaissance Dam 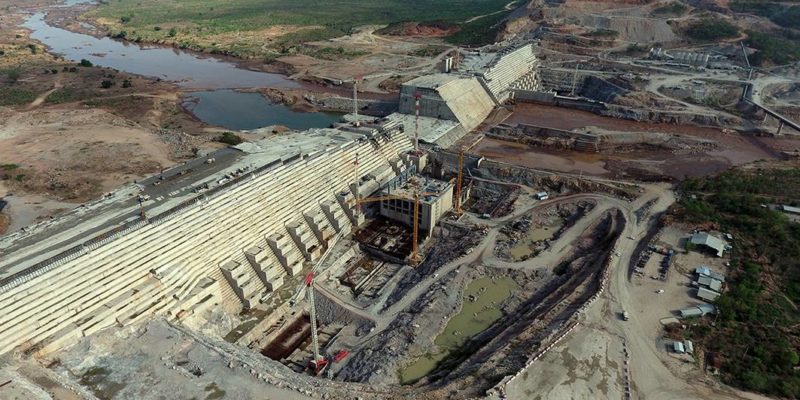 Meles Alem, spokesman for Ethiopia's foreign minister, revealed that the Great Renaissance Dam, inaugurated in December 2016, was 56 million percent financed by the diaspora.

The Renaissance hydroelectric dam is located in the Banishangul-Gumuz region on the Blue Nile. With a production capacity of 6,000 megawatts, it is the largest dam on the African continent; a 175 m high and 1,800 m long monster that cost $4.7 billion to build. Ethiopia had to bear most of this alone, but with the help of an additional loan from Exim Bank of China, with international donors boycotting the project because environmental issues would have been neglected.

All Ethiopians have contributed to its success, notably through wage cuts for civil servants. According to Meles Alem, the diaspora also financed the project with 56 million dollars. He added that Ethiopia wanted its citizens abroad to participate more and more in the country’s development.

The construction of the Renaissance dam has angered several countries that use the waters of the Nile. This is especially the case of Egypt which has expressed its radical opposition, advancing the idea that the river’s flow could decrease because of water retention. Especially during the 74 billion cubic metres filling period, which would have already started and will take between four and seven years. Cairo even spoke of the issue of “national security” and now calls for a slow filling, while the interest of Ethiopians is of course… the opposite.

For its part, Kenya fears for the disruption of the lives of people living along the river. According to ecologists, the Ethiopian dam could lower the level of Lake Turkana, which draws two thirds of its resources from the Blue Nile. This lake located in the middle of the Chalbi desert is classified as a World Heritage Site.

But Addis Ababa insists on the benefits of this dam. According to Selechi Bikele, the Ethiopian Minister of Water and Energy, who spoke on 24 November 2017 in response to Cairo’s concerns, this dam will benefit Egypt, which will also be able to use this energy. At the same time, he implored Egypt to focus on a better sharing of the waters of the Nile.

Sudan, for its part, is now supporting the construction of the dam, which is 30 km from its border. The country has embarked on the path of interdependence with Ethiopia, which would supply its neighbour with electricity, while its access to the sea via Port Sudan would be facilitated.