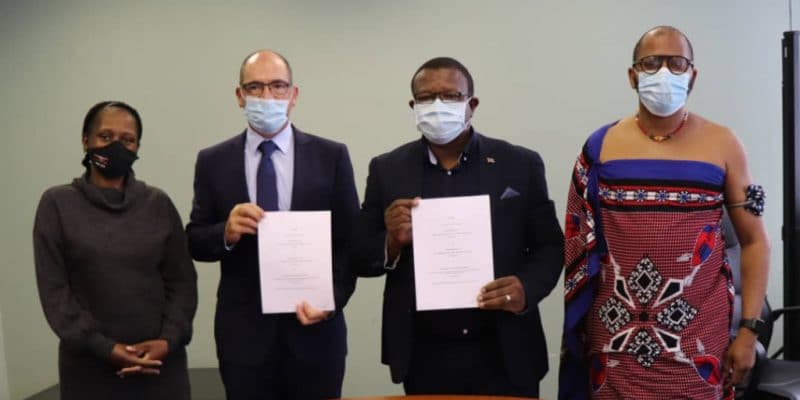 Frazium Energy, a subsidiary of Frazer Solar, has signed a 40-year agreement with the Eswatini authorities to build a solar power plant with storage in the centre of the kingdom. The project will require an investment of $115 million.

A solar photovoltaic plant will be built in Eswatini. The project is now the subject of a 40-year agreement between the authorities of this southern African kingdom and Frazium Energy, the subsidiary of Frazer Solar, a company based in Berlin, Germany. The Eswatini government is providing the company with a 45-hectare plot of land in Edwaleni, in the Manzini region in the centre of the kingdom.

The Ministry of Commerce, Industry and Trade has today signed a Memorandum of Understanding with Frazium Energy, an Australian company which will soon set up the largest battery plant in Africa in Eswatini. pic.twitter.com/8wue9CaEXR

The Edwaleni plant will be equipped with 75,000 solar panels capable of delivering 100 MWp. The plant will also be connected to a battery storage system to provide electricity after sunset or during bad weather. Manqoba Khumalo, Eswatini’s Minister of Commerce, Industry and Trade, said the project is part of “our post-Covid-19 economic recovery plan. We are very pleased to sign this MoU, which shows the full alignment of all government ministries in launching this project.