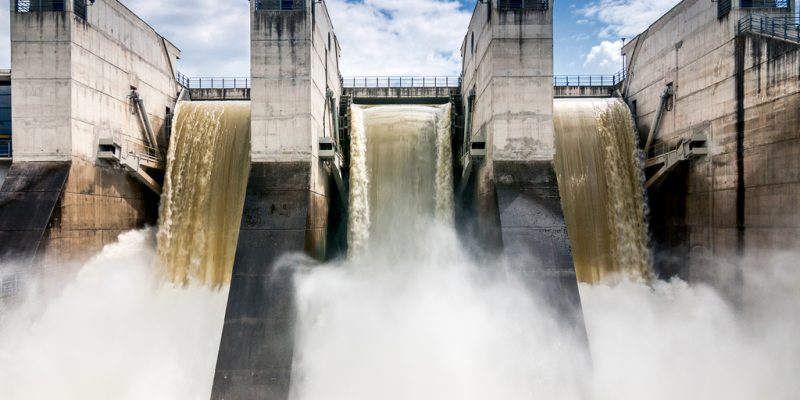 Additional financing of some 122 million euros (80 billion CFA francs) will be injected into the project to build the 200 MW Sendje hydroelectric power station in Equatorial Guinea. The government of Equatorial Guinea has recently signed a loan agreement with the Development Bank of Central African States (BDEAC).

The Sendje hydroelectric power plant project, currently under construction in Equatorial Guinea, has received support from the Development Bank of Central African States (BDEAC). It involves financing of about €122 million, i.e. CFAF 80 billion, granted in the form of a loan to the government of Equatorial Guinea. The agreement between the two parties was signed on June 8, 2020.

Funds from the BDEAC will enable the authorities of the Central African country to continue construction work on the Sendje dam, the total cost of which amounts to around €467 million (more than 306 billion CFA francs). It is located on the Weller River 40 km east of Bata, a port city in Equatorial Guinea. Construction of the plant started in 2012 and is expected to be completed by the end of 2020. The work is being carried out by the Ukrainian company Duglas Alliance, which specialises in the construction of hydroelectric and industrial facilities.

The Sendje hydroelectric power station will have a capacity of 200 MW. It will consist of four turbines, each with a capacity of 50 MW, supplied by Alstom, a company based in France. Once the plant is operational, it will supply all the towns on the mainland of Equatorial Guinea with “clean” and “sustainable” energy. These are the cities of Bata, Mbini, Kogo, Añisok, Mongomo, Ebebiyin, etc. This will increase the country’s electricity capacity to 590 MW.

In addition to improving access to electricity, the Sendje power plant project will help to reduce the average price of kW/h, with a substantial gain for customers. According to the Development Bank of Central African States (BDEAC), the project will also make it possible “to increase the rate of connection to Equatorial Guinea’s electricity network and to make up for the electricity deficit that is paralysing the economic growth of the country in general and the mainland in particular. Finally, the hydroelectric power plant will contribute to reducing dependence on oil-fired thermal generation units by integrating renewable energy into the electricity production system. In this way, Equatorial Guinea’s carbon footprint will be improved and the effects of climate change mitigated”.