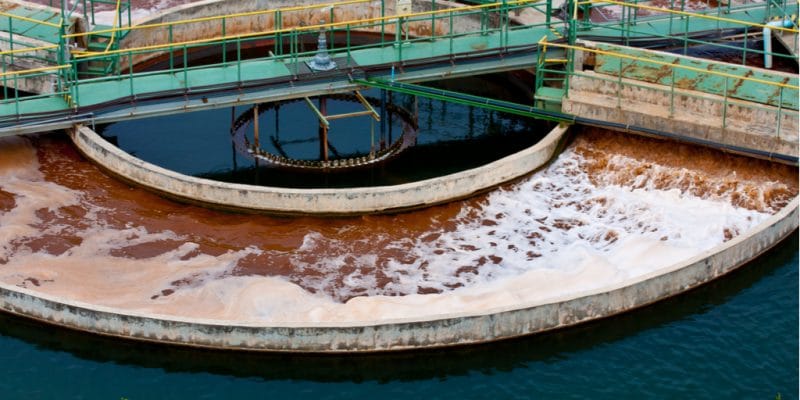 The Egyptian Minister of Water Resources and Irrigation, Mohamed Abdel-Atti, has announced the construction of several water treatment plants in the Sinai. The contract for the project has been entrusted to the Armed Forces Engineering Authority (AFEA), the Egyptian military engineer.

In Egypt, water is becoming a scarce commodity, especially for agriculture and the Egyptian government is trying to meet the challenge. A month ago, the country inaugurated a dam in Assiout, Upper Egypt, built by a subsidiary of Vinci, which produces electricity, but also provides water for irrigation. To further improve irrigation capacity, the authorities are planning to build several treatment plants east of the Suez Canal in the Sinai. The project is being carried out by the Armed Forces Engineering Authority (AFEA), the Egyptian military engineer. Mohamed Abdel Atti said that the facilities would treat domestic, industrial and agricultural wastewater.

In the 1970s, the region’s sewer systems and industrial water were connected to the drain as part of these waters flow directly into nature, more precisely into Lake Manzala. Covering 180,000 hectares, the drain is located in the governorate of Port-Saïd. Its location was the subject of a study by the ecological engineer Mamdouh Salem Seraj. “The drain currently poses a threat because it contains organic substances, fertilisers and pesticides that have a significant impact on the marine environment, causing an ecological imbalance,” the ecologist reported in 2015.

The Egyptian authorities have therefore decided to build a water treatment plant near the lake. “The treatment will be carried out in accordance with advanced safety standards,” said Ragab Abdel-Azeem, First Deputy Minister at the Ministry of Water Resources and Irrigation. The wastewater treatment plant will be one of the largest in North Africa with a production capacity of 5 million m3 per day and the treated water will be used for irrigation. AFEA estimates that it will irrigate more than 160,000 hectares, benefiting nearly 500,000 people.

Self-supply of energy to a wastewater treatment plant

The construction of water treatment plants in Sinai does not only meet the water needs of agriculture and it is not just a question of combating the pollution of Lake Manzala. In January 2018, the Egyptian government inaugurated a huge industrial park in the region. It is therefore also necessary to treat the water that will be discharged by the park’s factories. In the city of Mahmasa, governorate of Ismailia, AFEA will therefore build another wastewater treatment plant with a capacity of 1,000,000 m3 of water per day and the treated water will be used to irrigate more than 20,000 hectares.

Lastly, in Yellow Mountain, there is already a wastewater treatment plant built by Arab Contractors in 1995. It is the first phase of a project, the second phase of which was inaugurated in January 2018. The first phase provided the facility with a production capacity of 2.5 million m3 per day. The water is also used for irrigation, including large citrus plantations, on more than 60,000 hectares. The second phase will irrigate fields that will benefit 2.5 million people in Sinai. Sludge from wastewater treatment is used to produce biogas, which is used as a means of running the machines. According to Mohamed Abdel-Wahab, plant manager, the station produces 60% of the energy required for its operation.