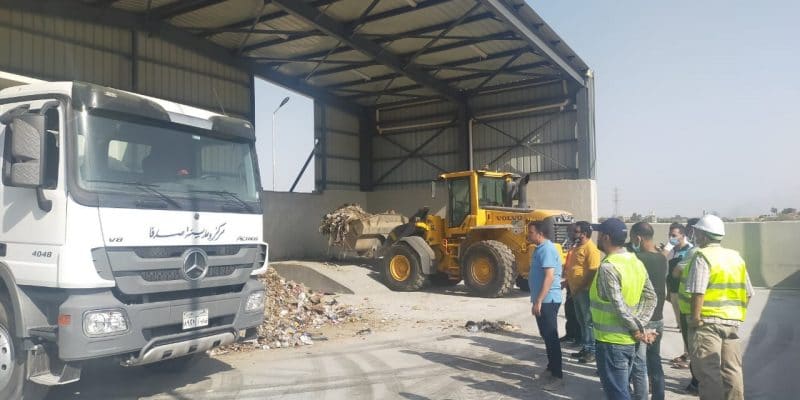 The solid waste management centres of Dirout and Aboutig in the governorate of Asyut in Egypt have their own transit stations. The facilities were recently commissioned by Egypt's Minister of the Environment, Yasmine Fouad.

In Egypt, the government is equipping the solid waste management centres of Dirout and Aboutij with transit stations. The facilities in the governorate of Asyut have been operational since September 17th, 2021.

The Dirout transit station is built on an area of 5,000 m2, with a capacity of 150 tonnes per day. The consolidation platform serves Dashlot, Dirout, and the surrounding villages. With the same capacity, i.e. 150 tons per day, the intermediate station of Aboutij has been built on an area of 4,000 m2 to serve the centre of Aboutij in the town of Az Zarabi and the neighbouring villages. According to the Egyptian authorities, the waste stored at the intermediate sites will later be transferred to recycling units.

The facilities inaugurated in the governorate of Asyut cost 20 million Egyptian pounds, about $1.3 million. The work was carried out under the Egyptian Ministry of Environment’s National Solid Waste Management Programme (NSWMP), launched in 2012. The initiative aims to structure waste management at national, regional and local levels, establish an independent central entity to regulate the management of the municipal solid waste system, as well as waste management units in the governorates of Kafr El Sheikh, Gharbia, Quena, and Asyut. According to the Egyptian authorities, the North African country produces 95 million tonnes of waste each year.

The €71.9 million NSWMP programme is jointly funded by the Egyptian government, Kreditanstalt für Wiederaufbau (KfW), the German development agency, the European Commission and the Swiss State Secretariat for Economic Affairs (Seco). The Deutsche Gesellschaft für Internationale Zusammenarbeit (GIZ), the German international cooperation agency, is also supporting the programme, which will end in 2022.