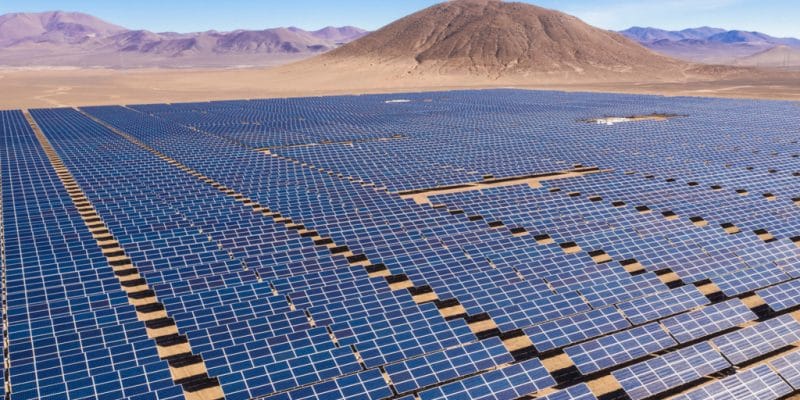 Production tests are currently underway at the Kom Ombo solar photovoltaic power plant in the governorate of Aswan in Egypt. With an expected capacity of 26 MWp, the plant is being built by the Spanish group TSK.

The New and Renewable Energy Authority (NREA) announces that the Kom Ombo solar power plant has just entered its test phase. The Spanish group TSK had been entrusted with the implementation of this project. Located in the governorate of Aswan, the plant is already connected to the grid via a substation. The facility occupies an area of 500,000 square metres and will have a production capacity of 26 MWp.

According to NREA, the plant is expected to produce 53,000 MWh per year, which will save about 12,000 tons of fuel (diesel) and avoid the emission of 30,000 tons of CO2. The solar project required an investment of 20 million euros. It was financed via a loan from the French Development Agency (AFD).

The project is part of the Egyptian government’s strategy to diversify the country’s electricity mix by producing 20% of electricity from renewable sources by 2022 and 30% by 2025. Also as part of this strategy, the authorities have decided to build another solar power plant in Kom Ombo.

This other project has been entrusted to Acwa Power, an independent power producer (IPP) based in Saudi Arabia. The plant that will be built near this historic city will consist of double-sided solar panels that are capable of capturing the sun’s rays on both sides of the module. The facility will have a capacity of 200 MWp. Construction is expected to be completed in the first quarter of 2021. Once operational, it will meet the electricity needs of 130,000 homes and neutralise 280,000 tonnes of carbon dioxide. The project is also supported by the French Development Agency (AFD) and the Japan International Cooperation Agency (JICA).