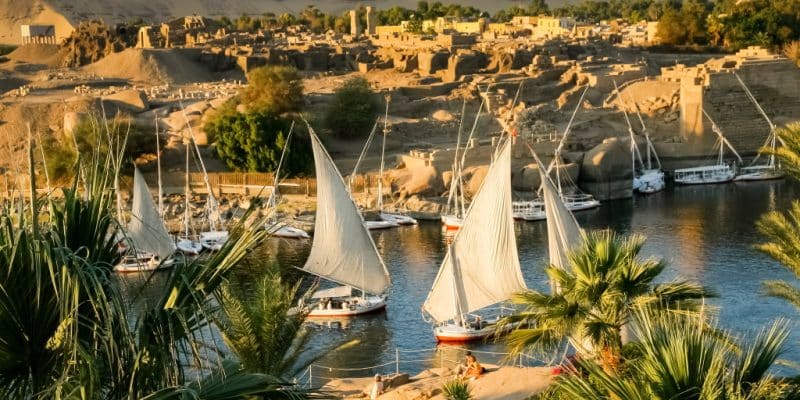 As Egypt focuses on reforestation to reduce its greenhouse gas (GHG) emissions and promote ecotourism, the "100 million trees" initiative launched in 2022 has already resulted in the planting of 3.1 million trees in several cities such as the capital Cairo.

In 2022, the government of Egypt planted 3.1 million trees in the 27 governorates. The operation is part of the “100 million trees” initiative launched by Egyptian President Abdel Fattah Al Sissi on the sidelines of the 27th United Nations Conference of the Parties on Climate Change (COP27) held in November 2022 in the seaside resort of Sharm el-Sheikh.

This reforestation campaign aims to combat drought and improve the living conditions of the population. The Egyptian authorities plan to plant around 7.7 million trees, “of which 2.7 million will be planted by the governorates”, for the year 2023 alone. The goal is to reach 100 million trees on 6,600 hectares of land by 2030.

For the Egyptian Minister of Local Development, the initiative will contribute to the creation of green spaces, notably public gardens, as well as the promotion of ecotourism in several cities. “The aim is to improve air quality, reduce the risks linked to global warming, preserve the public health of citizens while fighting against food insecurity,” explains Hicham Amna.

Among the species planted are fruit trees such as olive trees, which produce edible oil that is widely used in Mediterranean cuisine and for certain African therapies. To this end, the “100 million trees” initiative will also promote the development of agro-ecology and the creation of jobs on Egyptian soil.

In recent years, Egypt has been encouraging all initiatives likely to accelerate its ecological transition. It is in this context that the Egyptian real estate company Misr Italia Properties and the architecture firm Stefano Boeri Architetti signed an agreement in 2019 to install a “vertical forest” in Al Masa, the new administrative capital of Egypt. The project near Cairo comprises three buildings covered mainly by trees and covering a total area of 4,000 hectares with a five-star international luxury hotel chain in the middle. The work, which will require an investment of 3 billion Egyptian pounds ($180.6 million), is expected to be completed in 2023.