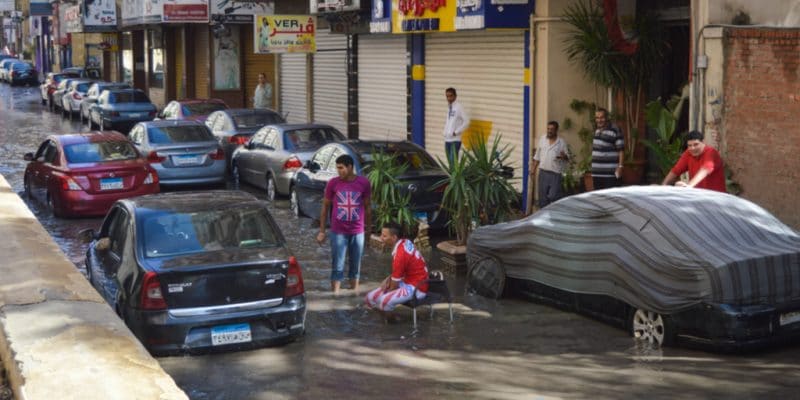 Recently, the governorates of New Valley, Matrouh and the Red Sea in Egypt have weather stations, in response to the increase in flooding. The new facilities were recently inaugurated by the Egyptian Minister of Water Resources and Irrigation, Mohamed Abdel Aty.

In recent years, the Nile has reached historic levels during the rare rainy seasons, sometimes causing deadly floods in Egypt. The risk is still very high. As with the drought, this phenomenon is largely caused by climate change.

For the Egyptian government, the reduction of damage will be more through prevention. This is what justifies the multiplication of weather stations in this North African country. The Minister of Water Resources and Irrigation in Egypt, Mohamed Abdel Aty announced the commissioning of five new stations. The facilities located in El-Dakla, Siwa, and Hurghada, respectively in the governorates of New Valley, Matrouh and the Red Sea has equipment to detect the level (quantity, distribution, etc…) of rainfall.

The long-term objective is to improve the operation of drainage systems in each target area, so as to cope with climatic emergencies. In March 2020, for example, flooding was reported in parts of the New Valley governorates, as well as in Suez and Cairo, where the drainage system was overflowed and the water supply cut off. This tragedy caused a lot of human and material damage which led to the closure of schools, public offices, airports, suspension of railway services, etc.).

The new centers inaugurated in the New Valley, Matrouh and Red Sea governorates bring the number of weather stations in Egypt to 38. All of the facilities are solar-powered, reducing electricity consumption and greenhouse gas (GHG) emissions.