Homepage » EGYPT: the stakes of COP27, scheduled for Sharm el-Sheikh, in 2022 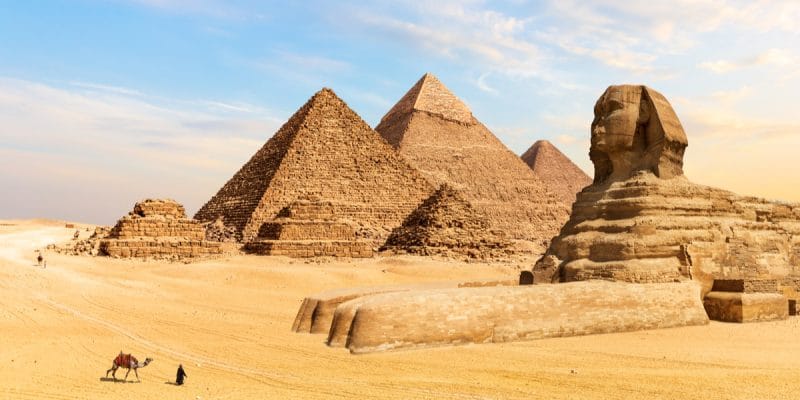 Five years after the United Nations Climate Conference (COP) in Marrakech, Africa will once again host the global climate meeting in 2022. The 27th COP will be held in the seaside city of Sharm el-Sheikh on the Red Sea, in Egypt. A choice due to the fact that Egypt was the only candidate in the running for Africa whose turn it was to host the COP. In addition to national issues, attention remains focused on the funding promised at the 2015 COP21 in Paris.

The United Nations Climate Change Conference (COP) summits are rotating, and the turn is once again Africa’s. The continent will host the 27th COP in 2022, and the only candidate in the running happens to be Egypt, which had applied as early as November 2nd, 2021, in a speech delivered at COP 26 in Glasgow, Scotland by Egyptian President Abdel Fattah Al-Sissi. “The COP 27 meeting will be a real African conference to make progress in priority areas such as climate finance, adaptation and loss and damage,” says President Abdel Fattah Al-Sissi.

Six years after the COP21 in France, Africa is still waiting for the materialization of the commitment made by developed countries to finance up to 100 billion dollars per year, initiatives to mitigate global warming in developing countries. With only about 4% of greenhouse gas emissions, far behind Asia, the biggest polluter with 53% of global emissions, Africa would not want to pay this heavy price. Speaking at COP 26, Tanguy Gahouma-Bekale of Gabon, chairman of the African Group of Negotiators on Climate Change, said “in Africa, the new target for funding must be $700 billion per year, not $100 billion per year. The African countries also intend to involve the private sector so that the expected funds are used beyond government projects.

Egypt is proposing Sharm el-Sheikh, a seaside resort in the east of the country between the Sinai Peninsula desert and the Red Sea, as the host city for the next COP. This proposal has not yet been validated by the bureau of the United Nations Framework Convention on Climate Change (UNFCCC), but everything suggests that it will pass. The city has already hosted international summits, including the COP14 on biodiversity in 2018.

Read also- COP26: Africa’s place in the negotiations at a time of climate change

While Egypt is the only candidate in the running for Africa whose turn it is to host the COP, the North African country is also one of the African countries most threatened by climate change. In the Red Sea, on the shores of which COP27 will take place, experts have noted a decline in marine flora due to the gradual warming of the water. In some areas, coral no longer grows or is dying. In the north of the country, where the Nile flows into the sea, the advancing desert is reducing the area of cultivable land. Alexandria, the country’s second largest city, has not been spared. In winter, the onslaught of the sea sometimes threatens homes.