EGYPT: State commits to invest $50 billion in drinking water by 2037 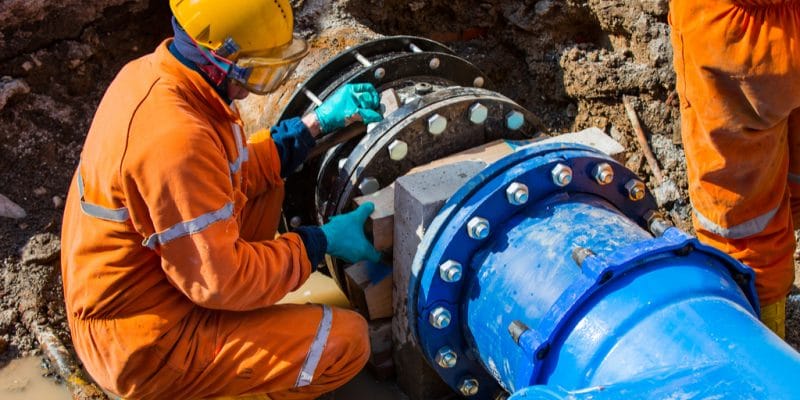 The Egyptian Minister of Water Resources and Irrigation, Mohamed Abdel Aty, announced the start of the implementation of the National Water Plan 2017-2037 in the drinking water sector. Within this framework, 50 billion dollars will be invested over 20 years to secure access to drinking water.

The Egyptian government is about to invest $50 billion in drinking water projects. The announcement is by Mohamed Abdel Aty, the Egyptian Minister of Water Resources and Irrigation. This investment is part of the 2017-2037 National Water Plan, the Minister clarified, on the sidelines of the Beirut Water Week in Lebanon, which opened its doors on Monday, April 8, 2019.

Mohamed Abdel Aty said that this investment plan was carried out by nine ministries in Egypt. As part of this strategy, the government intends to strengthen its cooperation with African countries that share the Nile Basin. This announcement comes after severe tensions in recent months between: Egypt, in association with Sudan, is protesting Ethiopia’s construction of the renaissance dam (6,000 MW) from the waters of the Nile. In any case, the Egyptian government now wishes to share with these countries its “successful experience in water management” of this great African river.

Egypt will not rely solely on the fresh water of the Nile. The country is investing more and more in desalination, particularly for its ongoing real estate projects in Upper Egypt. The Government plans to build a $75 million seawater desalination plant in the future city of New Mansoura. The contract to build this station was won in March 2019 by International Co for Water Services & Infrastructure (IWSI), the Egyptian partner of the American company, Fluence Corporation and Hassan Allam EPC, an Egyptian company. After 18 months of work, the plant will produce 40,000 m3 of drinking water per day.

As part of the 2017-2037 National Water Plan, the government will also focus on water efficiency. For irrigation, for example, the water will come from recycled treated water in the treatment plants currently under construction in the north of the country. In the future city of New Alamein, for example, a wastewater treatment plant will be built by the end of 2021. It will be built by the Emirian company, Metito and the Egyptian Orascom Construction, with an investment of 28 million dollars. The water from the future plant could be used for irrigation. Mohamed Abdel Aty, encourages farmers to use modern, low-water-consuming irrigation systems. The use of water from sewage treatment plants would save the Nile’s fresh water in particular.