EGYPT: Sharm el-Sheikh dreams of a green city a few months before COP 27 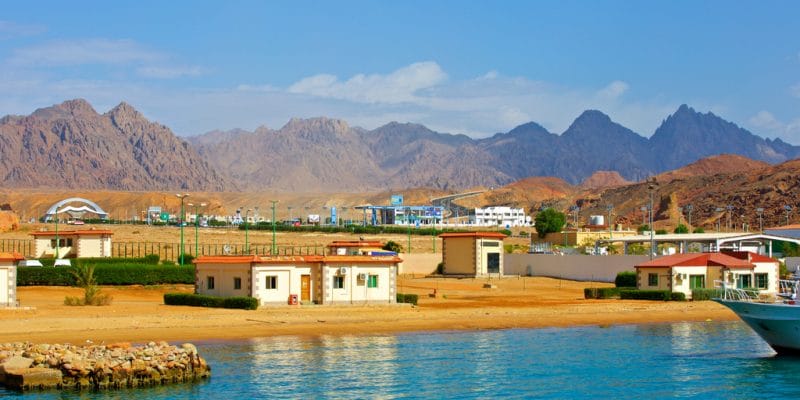 According to Egyptian Prime Minister Mostafa Madbouli, the government has committed a number of investments to make Sharm el-Sheikh a green city on the eve of the 27th Conference of the Parties on Climate (COP 27), which will be hosted in November 2022. Initiatives of sanitation and energy recovery are in sight in this seaside city.

At the time when Egypt organizes the 27th Conference of the Parties on the climate (COP 27) in November 2022, Sharm el-Sheikh, the host city of this great climatic meeting wants to put the small dishes in the big ones. The authorities of the country of the pharaohs have announced a series of investments aimed at making this seaside city located east of Cairo, a green city.

According to Egyptian President Abdel Fattah al-Sissi, these initiatives implemented in Sharm el-Sheikh aim to rationalize the consumption of resources, the establishment of charging stations for electric vehicles, the reduction of waste, the increase in the frequency of recycling and energy recovery of waste by November 2022.

In the long term, the use of renewable energy in this metropolis located between the desert of the Sinai Peninsula and the Red Sea is part of the logic of reducing CO2 (carbon dioxide) emissions.

“The hotel and tourist establishments of Sharm el-Sheikh will have to present a green certificate as proof of the application of environmentally friendly practices,” said for his part, the Minister of Tourism and Antiquities, Khaled el Anani. These establishments will be visited by November 2022 by an array of international participants in the COP 27 under the prism of the United Nations Framework Convention on Climate Change (UNFCCC).

Energy at the forefront of climate action

Faced with the Nile flowing into the sea in the north, the advancing desert that reduces the surface of arable land of Alexandria, the second city of Egypt, the Minister of Environment, Yasmine Fouad suggested during his participation in the Egyptian Forum for International Cooperation in 2021, that climate change is an environmental challenge, but also a development issue to which energy must contribute to maintain the temperature of the earth to less than 1.5 ° C.

Long before that, in 2019, the French industrial group Schneider Electric commissioned a solar park with a capacity of 5 MWp in Sharm el Sheikh. The installation allows this peninsula of 73,000 inhabitants to avoid the emission of 3,000 tons of CO2 each year.  Future expansion work will increase the capacity of this plant to 40 MWp.