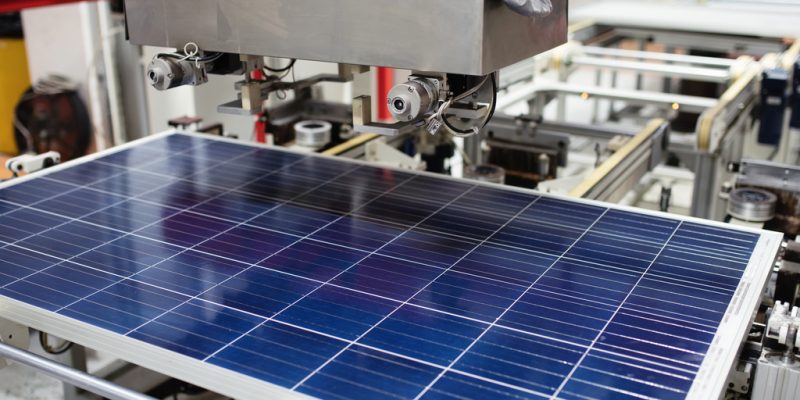 Scientists at the Egyptian University of Benha, the capital of Qalyubiya Governorate in Egypt, recently came up with a technique for the active cooling of photovoltaic (PV) panels based on the use of water and a mixture of aluminium oxide (Al2O3) and calcium chloride hexahydrate (CaCl2H12O6), a phase change material.

In Egypt, scientists at Benha University, the capital of Qalyubiya Governorate, discovered a new technique for actively cooling photovoltaic panels. It is based on the use of water and a mixture of aluminium oxide (Al2O3) and calcium chloride hexahydrate (CaCl2H12O6), a phase change material (PCM). Phase-change materials – compounds that can store thermal energy and help stabilize temperature – can absorb or release large amounts of “latent” heat when they undergo a change in their physical state, such as during melting and freezing.

Before making this discovery, Benha’s research team applied various mixtures of their active coolants to a 50 W polycrystalline photovoltaic panel and compared the performance during the summer months in Cairo, Egypt’s capital, with that of an untreated panel. According to the results of the research, optimal performance was observed with a solution composed of 75% water and 25% Al2O3/MCP (Micro-channel plates).

The system included the use of a cooling unit, a DC pump, valves, a water flow meter and connecting pipes. Aluminum channels were fabricated for the water and Al2O3/MCP mixture. These were then placed under the two solar panels, which were adjusted to the south and oriented 30 degrees from the horizontal.

The MCP mixture was heated to the melting point to form a liquid. Nanoparticles of Al2O3 were then added to the aluminium channels. According to scientists at Benha University, the particles were dispersed into the micro-channel plates (MCP) liquid using a stirring bath with four different mass concentrations. After this step, the researchers recorded the current and voltage of the photovoltaic, the surface temperatures of the front and rear panels, the water inlet and outlet temperatures, solar irradiation, the temperature of the dry bulb in the ambient air and the wind speed. “The application of the cooling system, whether it uses water and/or Al2O3/MCP mixture, allows a significant drop in cell temperature compared to the uncooled panel,” explains the team of scientists.

A similar technique, using the eutectic CaCl2.6H2O-Fe3Cl2.6H2O as a phase change material, has recently been proposed by scientists at the KPR Institute of Engineering and Technology and the National College of Engineering in India.