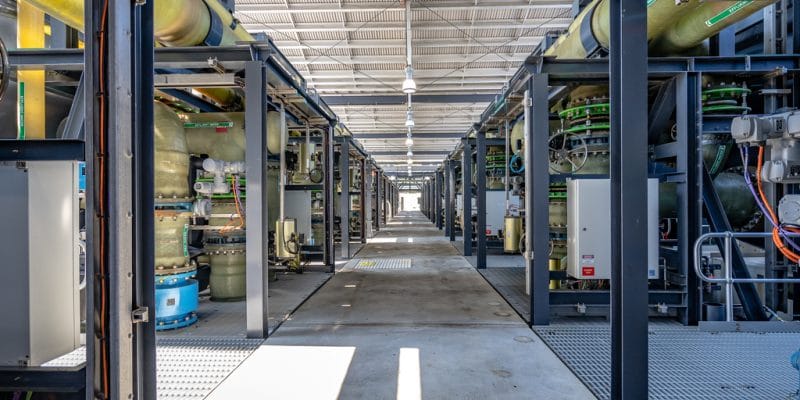 The French industrial group Schneider Electric has just completed the installation of electrical equipment in the New Alamein desalination plant, in north-west Egypt.

This solution is an open, interoperable, ready-to-use platform, compatible with IoT (Internet of Things), enabling the automation of the electrical network of the New Alamein desalination plant. According to Schneider Electric, which is using this technology in several projects in Egypt, its solution now enables the reverse osmosis plant to optimise its reliability and uptime, ensuring uninterrupted operation at peak times through the use of Internet-compatible devices and control software.

The system will thus increase operational efficiency while reducing costs, two characteristics often reproached to desalination plants. The New Alameins facility is being built by the Egyptian Ministry of Defence in partnership with the Spanish company Aqualia. The plant, which will have a capacity of 150,000 m3 per day, will supply at least one million people.

“New Alameins will transform a large part of Egypt’s Mediterranean coastline, and this desalination plant will ensure that the city and its surroundings have the water they need to develop,” says Ignacio de la Quintana, the director of Aqualia in Egypt. But the new city of New Alamein will very quickly need new facilities to supply drinking water to its population and tourists, since it is designed to accommodate up to 3 million people.

The city will also be equipped with a drinking water network, wastewater networks, rainwater drainage and irrigation of green spaces. New Alamein will also house a presidential palace, a ministerial building, three universities and some fifteen skyscrapers to be used as hotels for tourists.