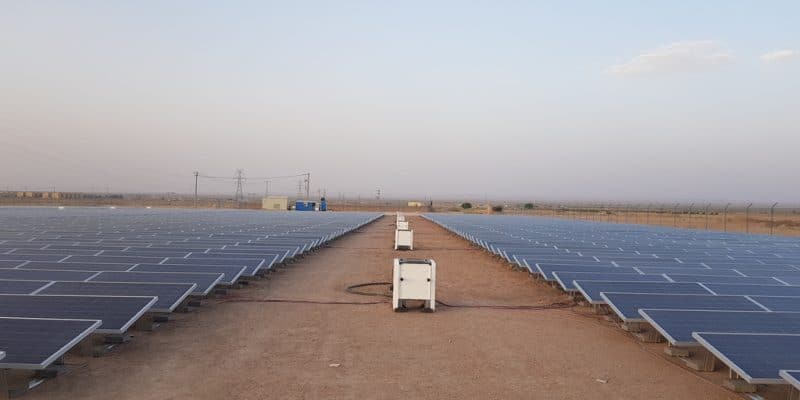 JinkoSolar, a Chinese company based in Shanghai, and Schneider Electric, a French company specialising in the supply of power management products, announced the commissioning of an off-grid solar system in Abu Ghuraqd, South Sinai, with a capacity of 55 kW.

Abu Ghuraqd is a small village located 30 km from Abu Redi, a city in South Sinai in eastern Egypt. Here, part of the population already has access to electricity. The power is produced by a diesel generator set with a 30 kW capacity; not enough energy for the 35 families in the village. However, their electricity supply should improve significantly with the new off-grid solar system that has just been inaugurated in the village.

The system was implemented by two companies; Schneider Electric SE, a large French company specialising in the supply of electricity management products, and JinkoSolar, a Chinese solar panel manufacturing giant based in Shanghai, which employs 12,000 people worldwide. The new off-grid energy system, operating from the abundant sunlight on this part of the African continent, has a capacity of 55 kW.

Solar energy will now supply the 35 families living in the remote village, the mosque, a school, a small health centre and three farms. More importantly, the off-grid should provide energy to run the two irrigation pumps that allow villagers to practise agriculture. It is a clean energy source that will have a significant impact on the lives of the inhabitants of this Abu Ghuraqd village.

According to JinkoSolar, the installation was designed to provide energy 20 hours a day, helped by batteries that allow energy to be stored during the day and released during the night.

Concerning its French partner, Schneider Electric, this is not its first solar project in Egypt. The company recently commissioned a solar-powered irrigation system in the northern village of El-Hayez, which uses Schneider Electric’s EcoStruxure technology to irrigate 140 hectares.